Posted on March 23, 2012 by BayAreaRealEstate 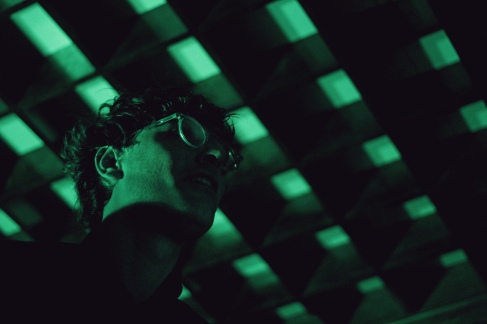 A little more about Real Estate sign of the time….

One Silicon Valley executive is willing to trade his 10,000-square-foot home in Los Gatos for a stake in Facebook Inc.
Yes, you read that right.
A Silicon Valley entrepreneur, who took Media Arts Group Inc. public in 1994, thinks the social media giant’s pre-IPO stock is so valuable that he’s willing to give up his home. A home that sits on an 11-acre private park.
Linda and Kenneth Raasch bought the property in 1997. It was valued at $4.7 million in 2011, according to the Santa Clara County Assessor’s Office, which shows a square footage of 7,749.
Alain Pinel’s    Rick Ardizzone and John Howmille have worked as the Raasch’s Realtors for years. Ardizzone said Raasch “wants $29 million” for the estate.
Built in 1989, the estate has six bedrooms, several bathrooms, a two-room guest apartment, two separate four-car garages and a motor court.
He has lived in the house with his family for more than 15 years but is prepared to trade it in to get a piece of the Menlo Park-based company’s equity.
In an exclusive interview with the Silicon Valley/San Jose Business Journal on Friday, Ken Raasch said the unusual move stems from his perception of Facebook’s potential.
“I’ve never seen a company that’s so transformative,” he said. “I’d love to get in on it. I want to be a part of it.”
Raasch is hoping that Facebook investors or pre-IPO executives will be interested in his house in exchange for some shares.
“I saw the Facebook investor (Yuri Milner), who bought a mansion in the Los Altos Hills for $100 million, is one of the top shareholders,” he said. “I wondered if he has any friends or knows Facebook people who’d be interested in a home. That’s how I came up with the idea.
Raasch currently serves as CEO and chairman of Creative Brands Group Inc., a Los Gatos-based brand management and licensing company, according to his bio.
Prior to founding CBG, he co-founded Media Arts Group Inc. with his friend and well-known artist, Thomas Kinkade. Raasch also served as chairman and CEO of Media Arts Group from 1990 to 1999. Under his leadership, the company went public on the NASDAQ in 1994 and transitioned to the New York Stock Exchange in 1998 before Kinkade acquired it in 2004.
He is also the founder of Mercy Ventures, a nonprofit foundation, and is on the board of directors for Acts of Mercy.