Posted on June 6, 2012 by BayAreaRealEstate 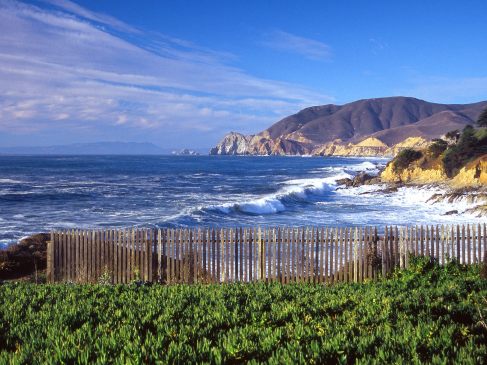 Throughout USA, housing market continues to tick upward…more local to Bay Area real estate details to come but thought would be nice to share national state of real estate as well.

End of tunnel, meet light. Real estate agents have been imagining that vision for a while, and first-quarter optimism in 2012 has some saying the road to recovery could be just around the corner.

Much of the upbeat attitude from HouseHunt’s market condition survey stems from tighter inventory and houses not remaining as long on the market. Of agents reporting, 38 percent said inventory was tight in their cities, compared to 32 percent in the fourth quarter of 2011 and 13 percent at the beginning of last year. Regarding time on the market, 30 percent reported houses selling in 60 days or less, compared to 22 percent in the previous quarter and 10 percent at the beginning of 2011.

“Everything is exploding out here,when there’s a new listing on the market, if the house is priced properly, in decent condition and in a good location, we’re usually getting multiple offers between day one and three. We haven’t seen that in a while.”

“There are more buyers than there are houses to buy that aren’t short sales. I’m excited. I just wish there was more inventory to sell.”

A realtor from the California Bay Area community of Tracy, also said a shrinking inventory has kept her busy during the early stages of 2012.

“It’s nuts out here, this is the leanest inventory we’ve seen in decades. I’ve been in business for 23 years and I’ve never seen inventory this low.”

Investors and cash sales are driving up the market and that short sales account for approximately half of the activity. Locally, there was an inventory of approximately 200 homes on the market in February, compared to more than 1,000 a year ago. In late March, that number was down to less than 50.

Things are pretty hectic in the Jacksonville metropolitan area of Florida as well.

“We’ve been slammed; we’re definitely getting into the recovery down here,” said Realtor Will Landay, adding that he has heard similar news from Miami and Orlando and that MLS listings in his area of northeast Florida have dwindled to 9,000 from 15,000 in recent months. “Buyers are coming out of the woodwork and transactions are happening fairly quickly, especially when you compare it to a year ago.”

Landay said that in early March his office was “already at the sales volume” it achieved during all of 2011, which were 35 transactions for $7.5 million. The contracts and offers early this year cover the gamut of distressed sales, new construction, repeat buyers and first-timers. He also said buyers and sellers are more aware of the housing situation, meaning that pricing and offers are more in line with reality.

“The bottom-feeding mentality for many buyers the past few years is starting to subside,” Landay said. “Homes are priced competitively and buyers have more self-motivation. If you get an offer that doesn’t work, you’re getting another one the next week, and that hasn’t happened in a while.”

It has also been quite some time since Craig Fallico, an agent in the Chicago suburbs of Park Ridge and Edison Park, has seen such a high volume of selling activity to start a year. Fallico said prices have held steady over the past year, with a much tighter inventory and listings typically staying on the market for 60 days or less.

“This was probably my busiest January ever, and that’s saying a lot because I’ve been in the business for 31 years,” he said. “I think people are starting to realize that home prices are inching upward and that interest rates won’t remain this low for a lot longer. The northern Chicago area is busy right now. It feels good for a change, especially after 2007 through ’10 when things were really down.”

A slight uptick in new construction has Fayeteville, Ark., agent Blair Taylor looking forward to a strong 2012, which is off to a better start for him compared to early 2011.

“I had 12 people under contract during the first 10 weeks,” Taylor said. “That’s the best it has been in a while, for me at least. The new construction also is a good sign because it gives people something tangible and positive to see regarding the housing market.”

In the Raleigh-Durham area of Wake Forest, N.C., agent Meg Russell said conditions are “far improved” over early 2011 and are the best she has seen in at least six years, with inventory decreasing, buyer activity increasing and average prices up 5 percent.

“This market is definitely turning around again to the healthy status it was in the mid-2000s,” Russell said. “Builders and sellers are finally starting to regain pricing power because there’s greater demand than there is supply. We’re not there yet, but I can feel that we’re on that precipice of recovery.”

Minneapolis metropolitan area agent Bill Thelen also senses a possible turnaround in the market, but he’s not ready to jump on the recovery bandwagon just yet, even though inventory in his cities of Roseville and Arden Hills is at a four-month level compared to a seven-month mark in early 2011.

“It looks like we’re starting to clean our market up a little bit, maybe setting the stage to stabilize and gradually start moving back up,” Thelen said. “But I still think it’ll take a couple of years. We’re still building a bottom right now.”

Additional results from  first-quarter survey include: