Have a Weekend Drink for 156K?

Posted on June 9, 2012 by BayAreaRealEstate 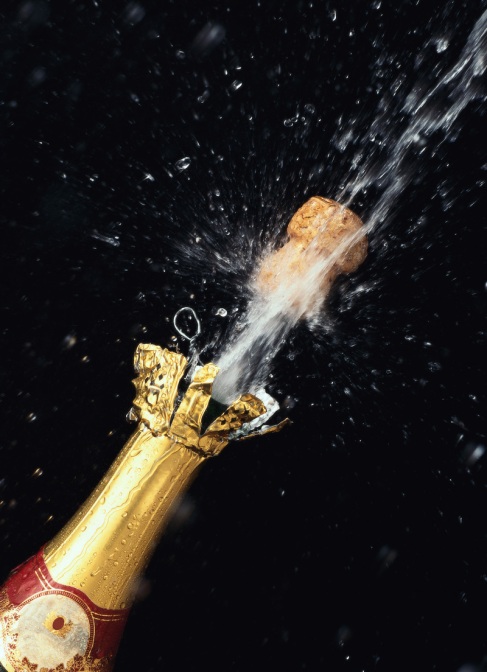 Closing out the week with the following….

Eleven bottles of some of the world’s oldest champagne sold for more than $156,000 at an auction in Finland today after 170 years at the bottom of the sea.

Six bottles were Juglar, a house that disappeared in 1829, four were Veuve Clicquot and one was Heidsieck. With interest from Champagne makers, the sellers were watching after a 30,000 euro ($37,720) a bottle record set in the last sale, though the Paris-based auction house of Artcurial Briest-Poulain-F.Tajan had placed an estimate of just 10,000 euros each.

The Champagne was perfectly stored horizontally in cold, dark Baltic waters after a shipwreck. It was sold in Mariehamn, the only town in Aaland, an archipelago of 6,500 islands between Finland and Sweden. The first bottle, the Heidsieck, made 11,500 euros and the highest-priced Clicquot was 15,000 euros. The total for all the bottles was 125,500 euros.

Divers exploring the wreck of a schooner discovered a total of 162 bottles in 2010. Of these, 79 were drinkable. Aaland plans to retain some bottles and to sell others for maritime archaeology and for Baltic Sea environmental projects.

“We didn’t know what we had found at first,” said diver Christian Ekstroem, 33, who manages the pub in the Stallhagen brewery, outside Mariehamn. “I brought a bottle up and the closer I got to the surface, I had to hold the cork down with my thumb. It popped when I was in the boat, so we poured some into cups. We had no idea how valuable it was.”

Christian Ekstroem brought up the first bottle of Champagne from the wreck (Richard Vines/Bloomberg)The brewery is in a forest, housed in an old barracks that was home to Russian coastal artillery a century ago. Ekstroem said that wrecks more than 100 years old belong to the government, and none of the eight divers who discovered the Champagne has received any compensation.

“We’ve had nothing, not even a thank you,” Ekstroem said in an interview at the brewery last month. “It’s not even about the money.”

Five bottles of beer were also recovered and Stallhagen is working on recipes based upon them, said Ekstroem, who will take a day off work today to attend the auction.

I sipped the Juglar when I first visited Aaland in November 2010, when two bottles were opened for tasting. It’s aromatic and sweet, like a dessert wine, and it’s deep and rich, with notes of orange and raisin, like a Christmas cake.

The Veuve Clicquot (MC) sold for a world record for a single bottle of Champagne of 30,000 euros at auction in Mariehamn on June 3 last year. A bottle of Juglar went for 24,000 euros.

“Most people don’t know where Aaland is or even that it exists, so we’re very happy to have this opportunity to share our maritime cultural history and finally put Aaland on the map,” said Lina Dumas, who is managing the Champagne project.

She showed off a display, including two of the Champagne bottles, at the Aaland Maritime Museum, a 10-minute walk from the Culture and Congress House where the sale will take place.

The original twin-mast sailing vessel was schooner-rigged with a hull typical of the early 1800s in the Nordic region. Veuve Clicquot has dated its corks to the period 1831-1841.

Aaland is a Swedish-speaking autonomous region of Finland, with its own stamps and license plates. There are 27,500 inhabitants, of whom about 11,000 live in Mariehamn.

The capital is situated on a narrow peninsula. It’s a charming, quiet and spacious town where motor vehicles will sometimes slow if they spot a pedestrian, except during the summer, when as many as 1.5 million people visit. A main avenue is lined with Linden trees and one resident told me his childhood treat was to visit the archipelago’s only escalator.

Shipping lanes around the islands are filled with ferries or you can fly in on an Aaland Air Saab 340A. On one of the three visits I’ve made in the past two years, the road to the tiny airport for an early-morning flight was covered in snow, with barely a tire track to be seen. At night, the sky is black.