Posted on June 12, 2012 by BayAreaRealEstate 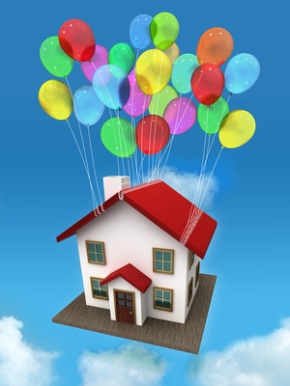 Buyers were out in force this spring, pushing home sales up across the board, according to several recent market reports. The overall housing market saw the best April in six years, according to DataQuick, the La Jolla-based real estate research firm. And our own Coldwell Banker Residential Brokerage luxury reports found surging high-end salefrom Marin to Silicon Valley and across to the East Bay.

First the DataQuick report: Sales of single-family homes were up 13.1 percent from the previous April to the highest level for that month since 2006. Led by San Mateo with a whopping 34 percent increase, six counties enjoyed double-digit sales increases, including San Francisco, Santa Clara, San Mateo, Sonoma and Contra Costa counties. Alameda County sales were up 6 percent from a year ago. Only Napa and Sonoma counties were down fractionally.

DataQuick analysts said the new report indicates that market stress is easing and fence sitters are moving to take advantage of lower prices and ultra-low mortgage rates. A drop in the number of foreclosure sales, which attract lower prices, helped push the median sales prices up, the research firm noted.

The median sale price in the Bay Area also jumped 8.3 percent to $390,000 compared to $360,000 a year ago. Contra Costa County saw the biggest year-over-year jump with an 11.7 percent increase to a median price of $288,750. Santa Clara County and San Francisco’s median sale price also climbed 9.3 and 6.9 percent, respectively.

Part of the reason for the jump in median price is that foreclosed homes represented a smaller percentage of the market, DataQuick said. In Santa Clara they fell to their lowest level in four years. Less than 30 percent of sales in Contra Costa County were foreclosures, down from 35 percent in March and the lowest since December 2007.

At the other end of the spectrum, luxury home sales continued to surge in much of the Bay Area. According to our own luxury housing market report for April:

We’ll see how the market unfolds as spring turns to summer.  Seasonally our listing inventory typically tapers off in summer months.  There certainly are challenges, from low inventory to consumer concerns over a still slow economic recovery. But low interest rates and a strong job market here in the Bay Area should keep the housing market momentum building. We are hopeful more homeowners will see this unique opportunity and bring their homes to market this summer.  There doesn’t seem to be a shortage of Ready, Willing, and Able Buyers.

One Comment on “Real Estate: The Best April in Six Years”

Error: Twitter did not respond. Please wait a few minutes and refresh this page.