Posted on June 26, 2012 by BayAreaRealEstate

The Bay Area’s housing market certainly has come a long way since the recession, with sales recovering in every price segment from entry-level distressed properties through multi-million-dollar Previews estates. And although prices took a hit from 2008 through 2010, valuations have also turned the corner and have been heading higher once again as well.

While the market improvement is to be celebrated, I’m constantly reminded of just how fragile this recovery is – and why we shouldn’t take it for granted. Don’t get me wrong: I’m the last guy to see the cup as half empty. But we continue to face serious economic headwinds that could slow down or even reverse the encouraging gains we’ve seen in the market over the past year or so.

I was interviewed by the San Jose Mercury on Wednesday and told reporter Pete Carey that improvement in the Bay Area housing market could quickly turn in the other direction if consumer sentiment grows worse over Euro-zone fears and economic troubles right here at home.

It’s no secret that the economic recovery has slowed way down in most of Europe, and some weaker economies may already be in recession. A stalling European recovery dragged down by nations like Greece, Spain and Italy could significantly reduce demand for our products in the U.S.

Here at home, economic growth – while slightly better than much of Europe – has also become far too slow. The job recovery remains tepid at best. And as anyone with a 401K knows all too well, the stock market continues to be volatile as the financial markets weigh the economic future here at home and abroad.

Those are just some of the reasons why Fed Chairman Ben Bernanke this week announced plans to continue the government’s accommodative monetary policy designed to keep long-term interest rates low. In his speech, Bernanke noted “significant downside risks” to the economy, and said the Fed was prepared to step in to do more if things got worse.

All of this isn’t helping consumer sentiment in the U.S., as you can imagine. And as we all know, consumer confidence is a big part of what keeps the housing market going. The recent Thomson Reuters/ University of Michigan index for June hit a six-month low, as you’ll read in this Bloomberg news report: June Consumer Sentiment Index. 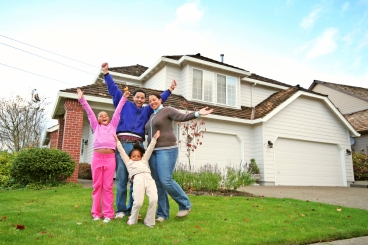 Nationwide, home sales in May were up considerably from a year ago but actually declined from the previous month. One reason is that inventory shortages are constraining sales in many parts of the country, according to Lawrence Yun, the National Association of Realtors chief economist.

Yun said the supply of homes for sale is extremely tight in all price ranges in the western U.S., except for perhaps the upper end. “Realtors in Western states have been calling for an expedited process to get additional foreclosed properties onto the market because they have more buyers than available property,” Yun said in the recent NAR report.

We’ve seen a severe shortage of homes for sale throughout the Bay Area. Inventory is down as much as 50 percent over last year in some communities. While this shortage has led to multiple offers and sales over listing prices in many cases, we shouldn’t assume this trend will last forever.

I know that many potential sellers have held off listing their homes, hoping to get higher prices down the road – if and when the economy improves further. Additionally, they figure newly minted millionaires from Facebook and other tech IPOs could boost prices further when they hit the market. But this is a very risky gamble for a number of reasons.

First of all, as I’ve noted here, the economy could possibly get worse before it gets better. And counting on new tech buyers isn’t a sure thing, either (as Facebook investors found out with the disappointing IPO performance).

In fact, much of the improvement we’ve seen in the high-end market today is not coming from new IPO beneficiaries or other young, newly minted millionaires.  It’s from buyers who most likely had the money in 2009-2011 and chose to sit on it as the housing market began to fight its way back from the recession.

The Facebook IPO may have made for interesting news stories talking about what the new wealth would do to the housing market, but the upper end of the market is still being driven by money that’s always been there. And it could turn the other way just as quickly.

The lesson here for anyone thinking about selling is this: Real estate has always been about supply and demand. That hasn’t changed. Right now, the demand is stronger than the supply by a long shot. But that could just as easily change tomorrow.

Next up…a section by section look at our neighborhoods….