Posted on August 22, 2014 by BayAreaRealEstate

Many of us head to museums and galleries to check out the works of great artists — it inspires our own creative juices. But what if you could spark your creativity by actually living like those ingenious geniuses? From Gustav Klimt’s house in Italy to Modigliani’s Parisian abode, here are seven homes for rent once lived in by famous artists. 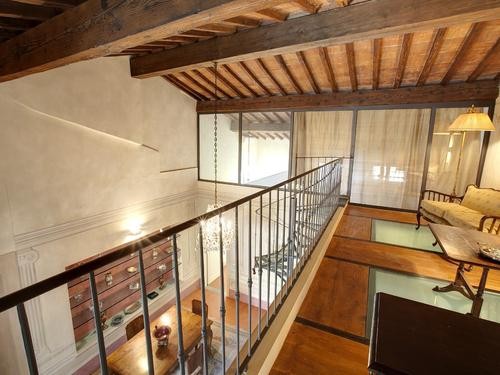 Plan an Italian escape at the home of Giambologna

Stay in this two-bedroom apartment situated in the laboratory of famed sculptor Giambologna, and you will be totally revitalized. The Palazzo Bellini delle Stelle was built in the 16th century and has been restructured to enhance its Renaissance glory, making it the perfect romantic and relaxing escape. From $400 a night, you get a frescoed salon able to accommodate 15 people, a dining room, and a modern kitchen all just steps from the beautiful Duomo and Piazza della Repubblica. 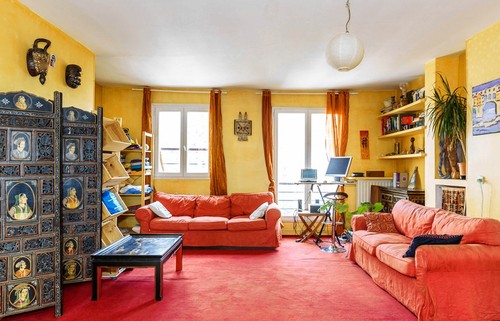 Montmartre has been the epicenter for many great artists over the years. Perhaps one of the most famous was Vincent Van Gogh, who was known for his eccentric-artist persona as much as his one-of-a-kind paintings. Skip the ear slicing, but still follow in his footsteps with a stay in this private room from $60 a night. You will experience the identical views that inspired two of Van Gogh’s paintings — “View of Paris From Vincent’s Room in the Rue Lepic” and “View of Roofs and Backs of Houses.” 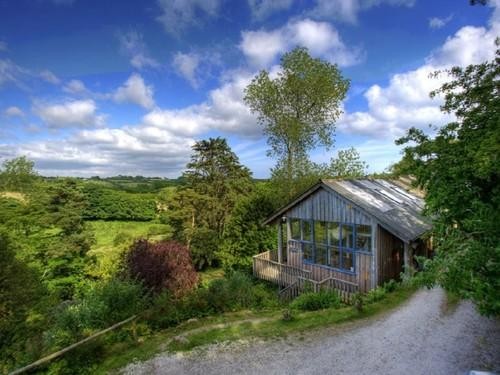 Great works of art aren’t just the products of antiquated times. Step into the space where 20th-century master printer Hugh Stoneman produced work with highly acclaimed artists such as Sir Terry Frost, Patrick Heron, Sandra Blow, and Grayson Perry. From $225 a night, you not only get beautiful valley views, six private acres, one bedroom, and a kitchen, but you can also enjoy your own private gallery with art from these former famous residents still adorning the walls. 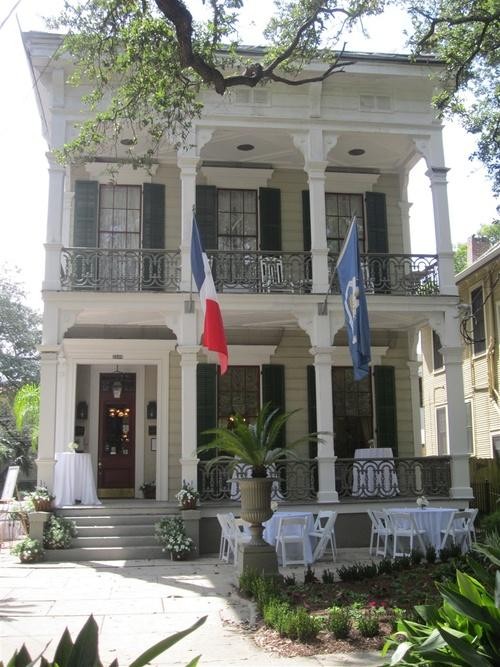 Get a feel for the world of Edgar Degas at this home in New Orleans.

Get totally immersed in French impressionist master Edgar Degas’s world by staying at the Degas House bed and breakfast. The property provides impressionist-themed tours of New Orleans led by Degas’s grandniece, drawing classes, and overnight stays in the rooms that inspired some of his most famous paintings, like “Woman Seated on a Balcony.” Starting at $199 a night, enjoy luxury accommodations, a cooked-to-order homemade breakfast, and a beautiful courtyard perfect for a garden wedding. 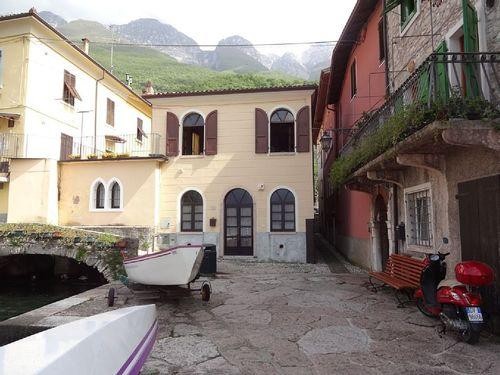 Gustav Klimt painted several of his masterpieces in this home.

This might simply be the coolest rental available. Not only was the building an old olive press situated on the shortest river in the world, but master painter Gustav Klimt also created several of his masterpieces in this home. Chill out in the sitting room or on the private terrace with a view so breathtaking it inspired Klimt’s famous landscape “The Church in Cassone.” From $1,350 per week, you get two bedrooms, a kitchen, and a dining room. Instant inspiration included. 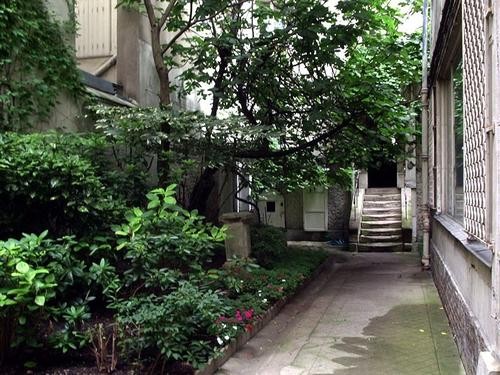 The artist’s studios of Gauguin and Modigliani (Photo: Homeaway)

Who: Gauguin and Modigliani

Steps from the Luxembourg Gardens, this loft for $200 a night is located in a building that dates back to the end of the 19th century and is made up of artist’s studios. Enter through a garden and be transported to the time of Gauguin and Modigliani, who lived and painted there. Stroll the quaint streets of St. Germain for inspiration before returning home to your peaceful one-bedroom abode. 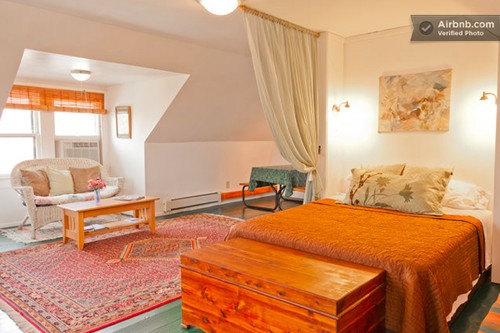 Known as “the most acclaimed American artist of his generation,” according to the Columbus Museum of Art, George Bellows used this loft as his studio to paint his famous depictions of urban life in New York City. Like his paintings, this home from $100 a night is its own work of art, carefully curated with soothing colors, books to read, and musical instruments. Guests also enjoy a kitchenette, a private bath, and a dining area with great views of downtown Columbus.