Posted on October 16, 2014 by BayAreaRealEstate 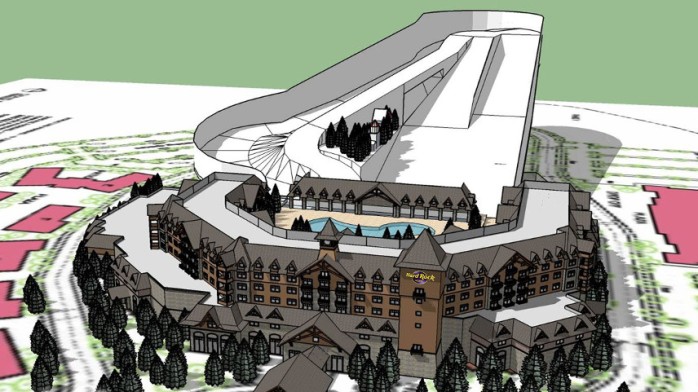 The Grand Alps resort will offer seven different slopes, from beginner to expert, featuring the longest indoor ski run in the world (300 feet tall and 1,200 feet long), an Olympic halfpipe and terrain park, and forest runs as steep as 28 degrees. At the base of the slopes, plans include a four-star, 300-room Hard Rock Hotel with two restaurants and a theater. The snow dome will remain a cool 28 degrees at all times. Construction is set to begin in the coming year and is estimated to finish in 2018. Notably, two other ski developments in the Dallas-Fort Worth area folded in the past decade, one during the financial collapse in 2009.The Grand Alps Resort will cost about $215 million to construct.