Posted on March 25, 2016 by BayAreaRealEstate 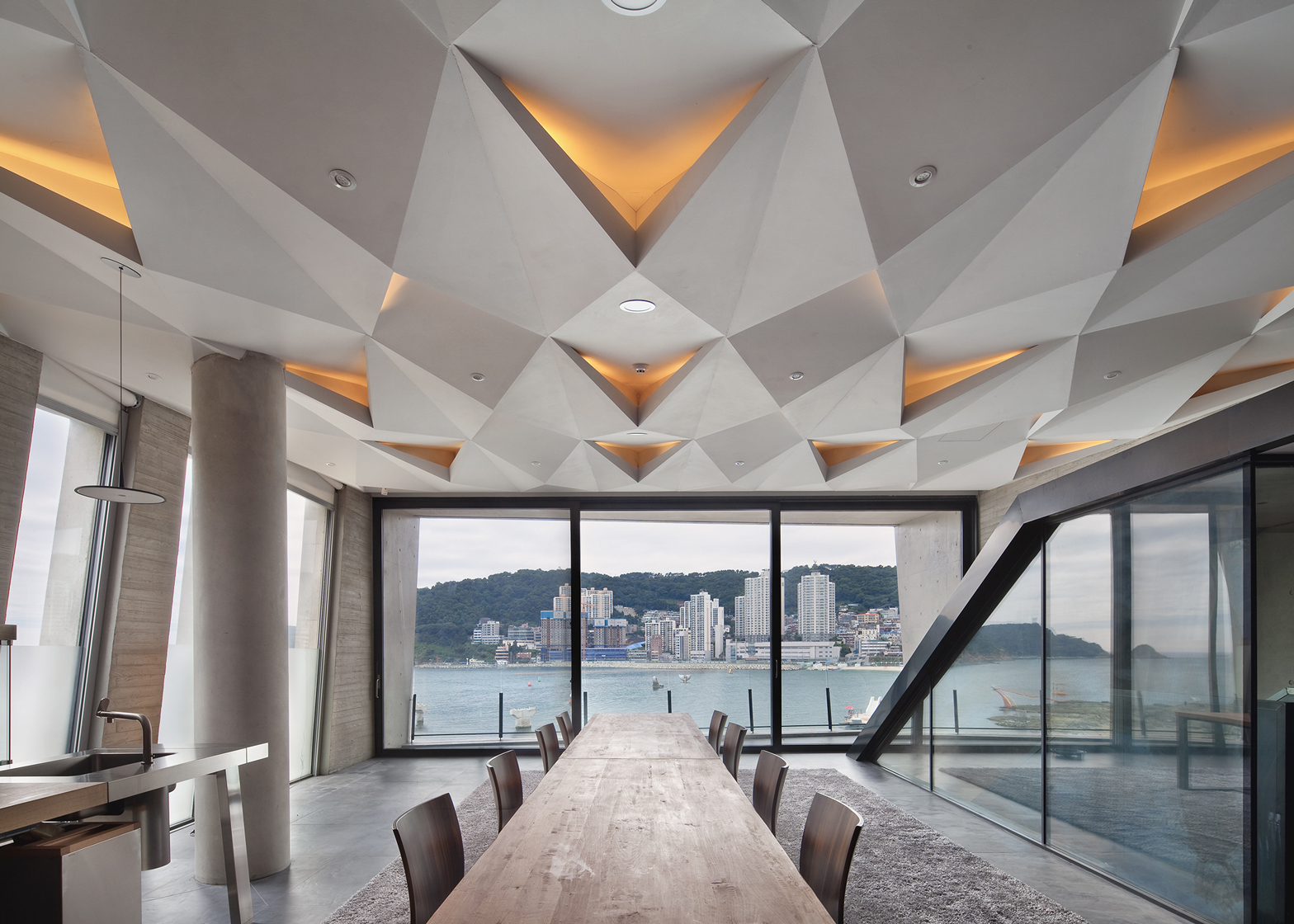 The curved form of this expansive concrete house in South Korea, is designed by Architect K to match the irregularly shaped buildings built by refugees during the Korean War 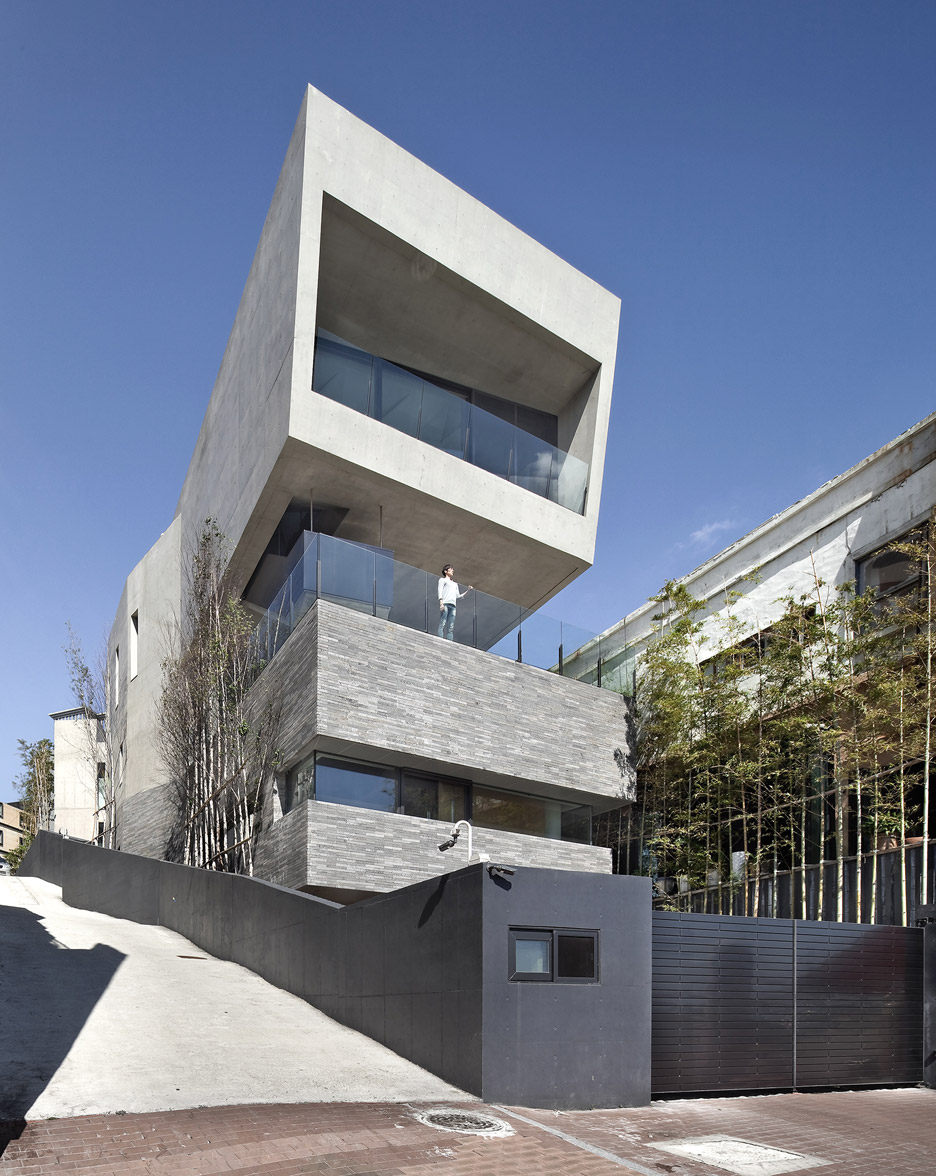 During the war, which took place between 1950 and 1953, Busan was the biggest refugee destination on the Korean peninsula, the mountain topography forced refugees in the city to build curved dwellings, which in turn created a network of winding alleys around them. 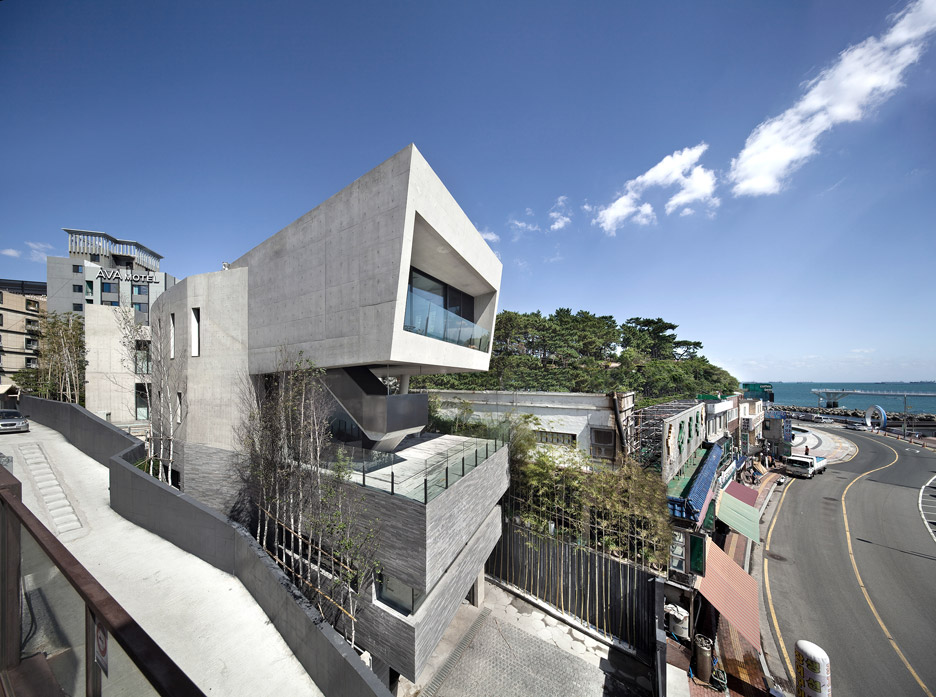 The South Korean firm tried to emulate these forms in this new 450-square-metre property. It is named Songdo House, although the design team calls it Alley’s Adventures in Wonder House, in reference to these curves. 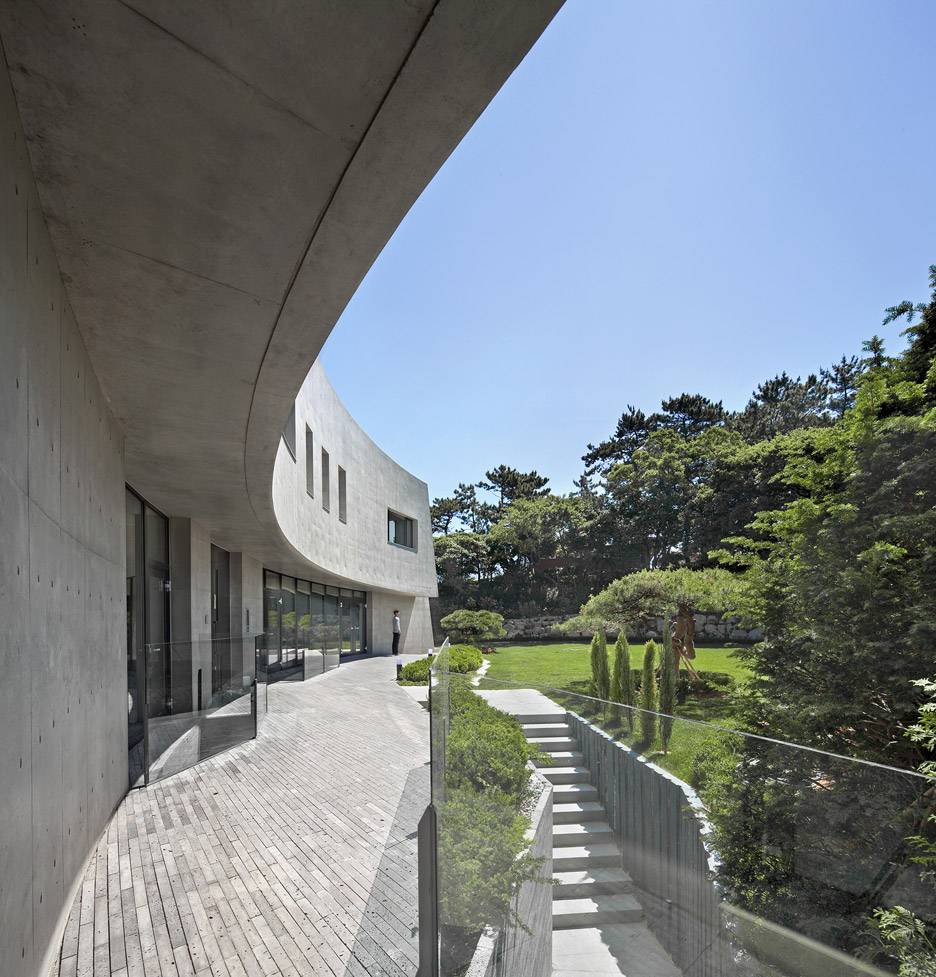 “Songdo House is a project to compose city alleys in a space,” he explained. “In the mass, alleys and spaces coexist. Users can constantly combine new routes with the alleys in the house.” 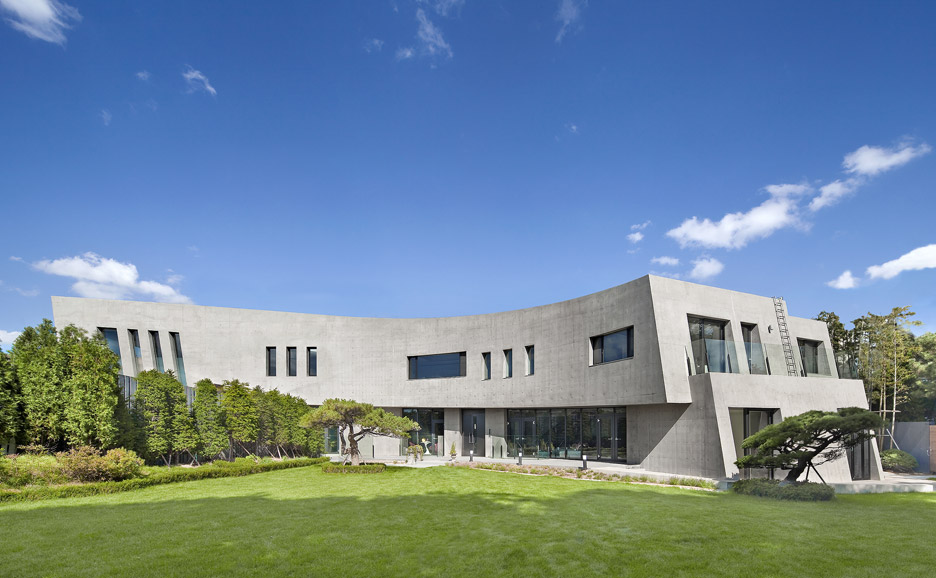 The building encompasses four storeys, connected by eight staircases. Two floors are located above ground level, while the other two are set into the slope of the landscape, so are visible only at the southwest end of the site. 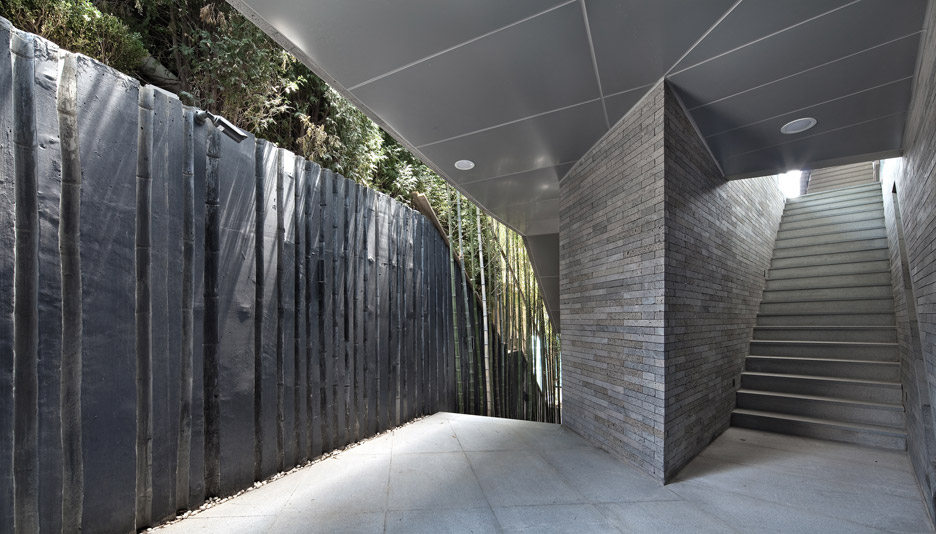 The curved floor plan allows the building to bend around from the hillside to face the seafront. It also frames a large garden to the south, featuring several terraces for residents. 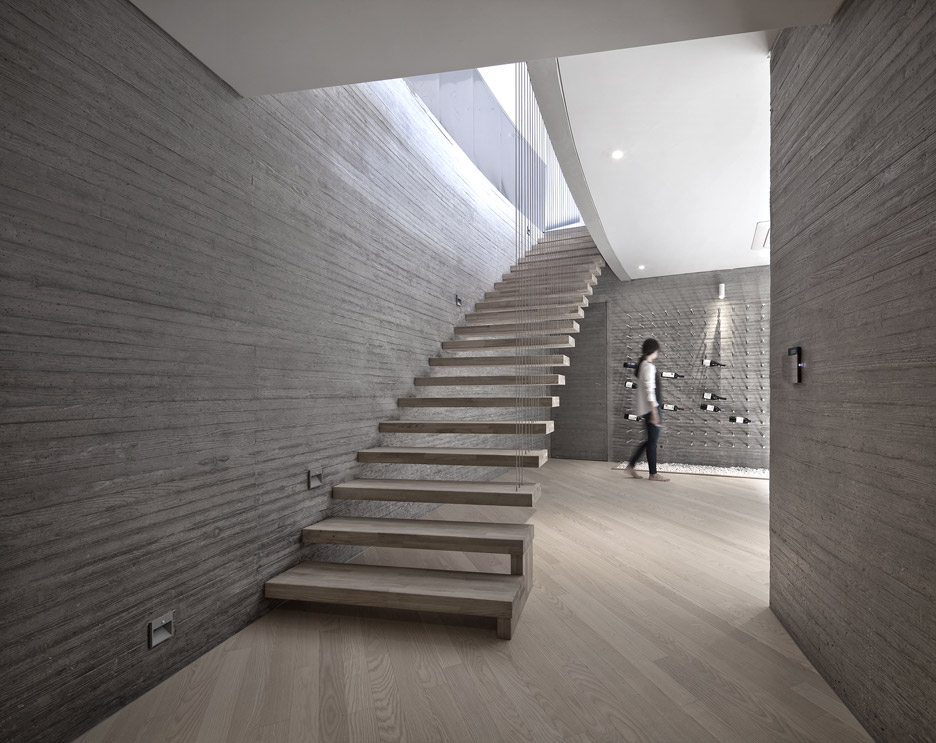 Lee and his team chose reinforced concrete to create the ambitious structure, and left it exposed throughout.

The material was cast against different types of formwork, resulting in a mix of smooth, woodgrain and bamboo-ridged surfaces. 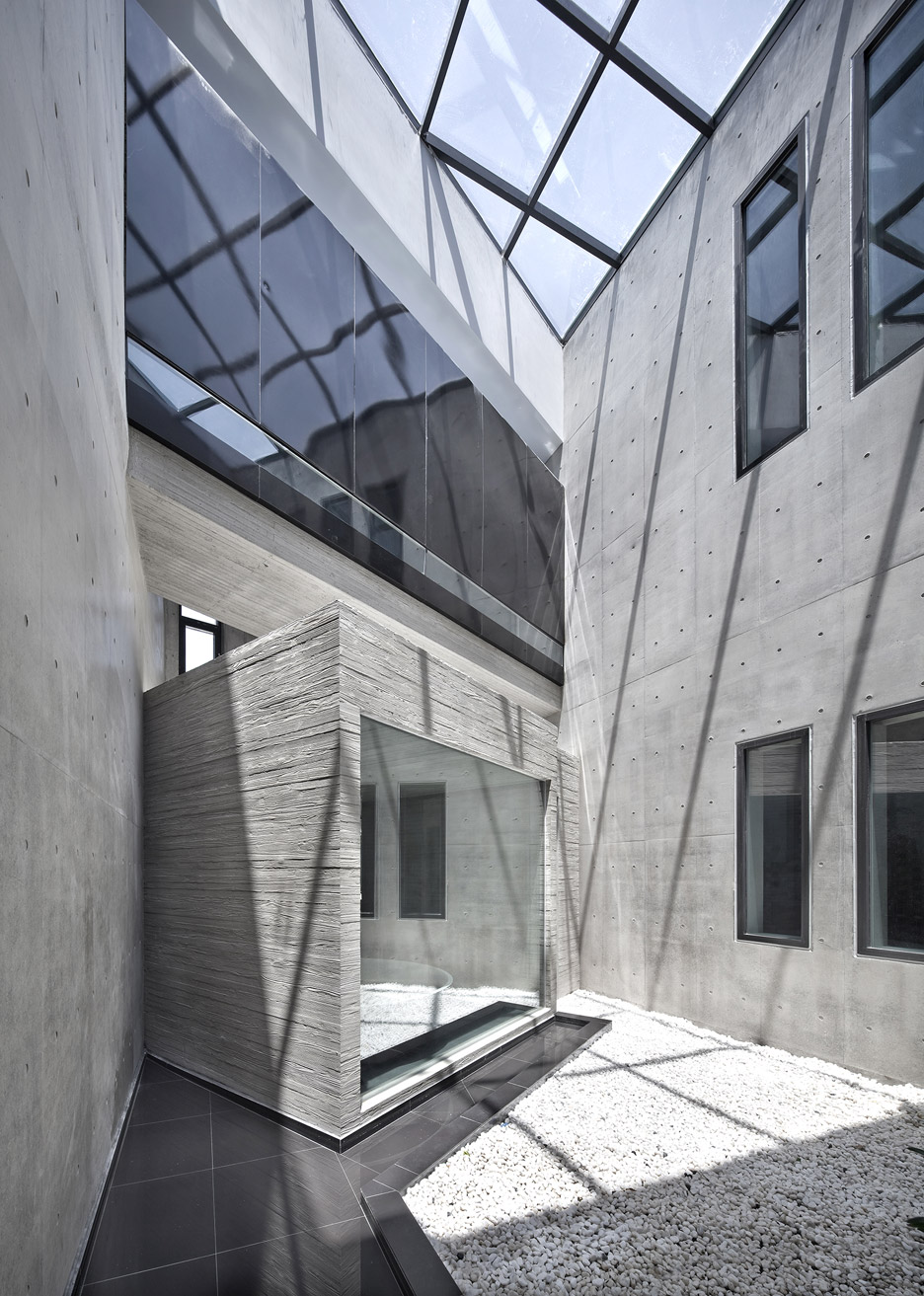 Other materials used include basalt bricks and metal panels. The aim was to give the building a monotonous aesthetic.

“These materials provide the flow of circulations and highlight the alleys in the spaces, therefore the spaces of programmes are defined by them,” 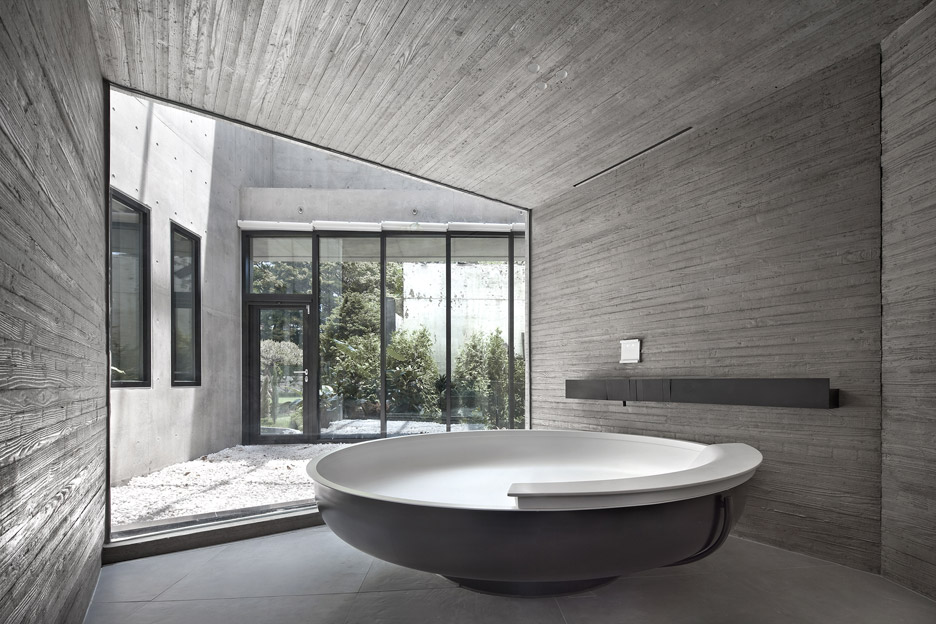 The majority of living spaces are located on the two upper levels.

The first of these accommodates an open-plan lounge, dining area and kitchen, featuring a double-height space. 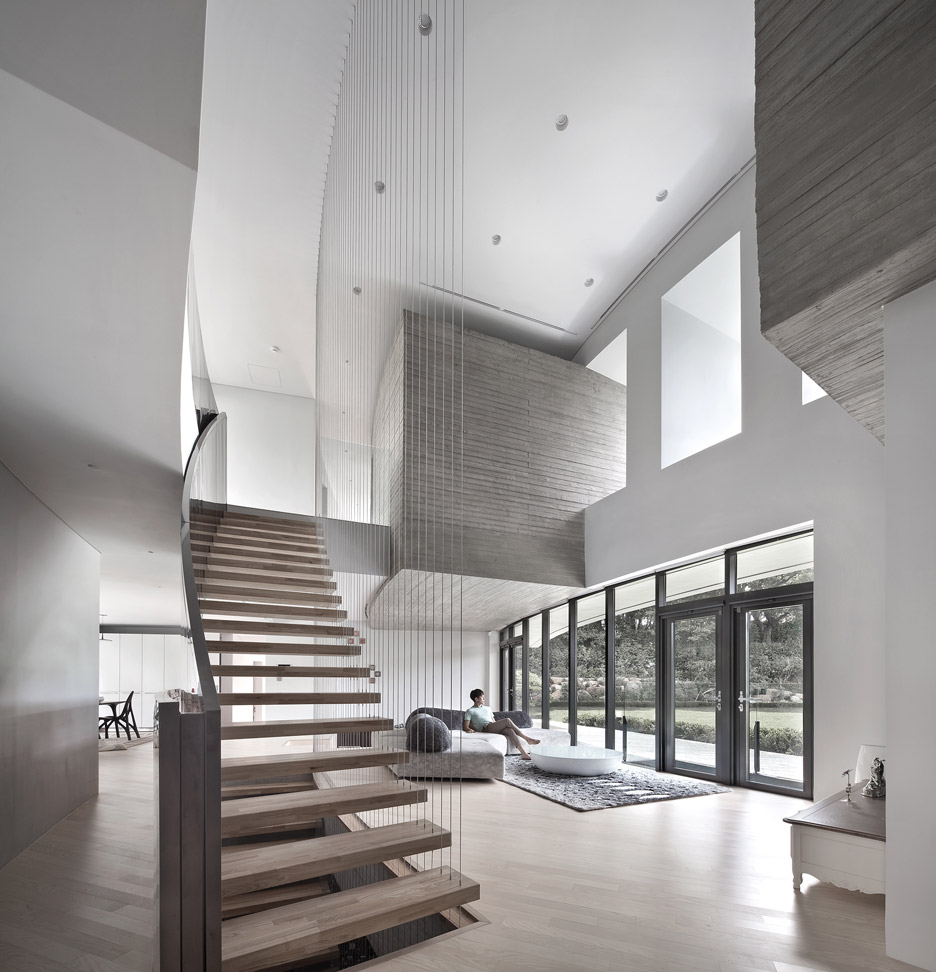 This floor also contains a master bedroom suite, including a large dressing room, a grand bathroom fronting a private courtyard, and a separate toilet and washroom. 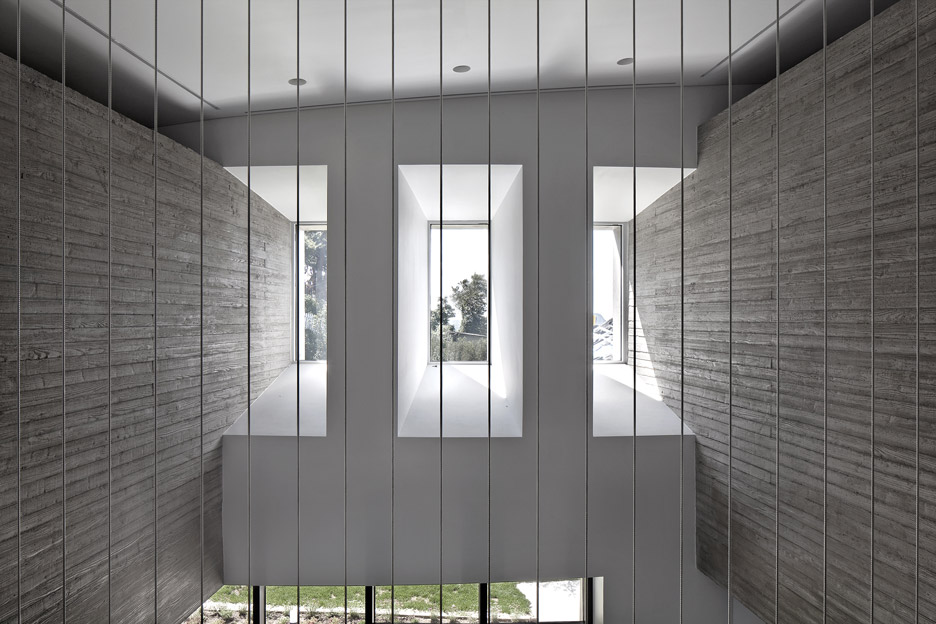 The uppermost floor contains more bedrooms, along with a library and a home cinema.

There is also a spacious party room, accessed via a bridge above the master bedroom’s courtyard. 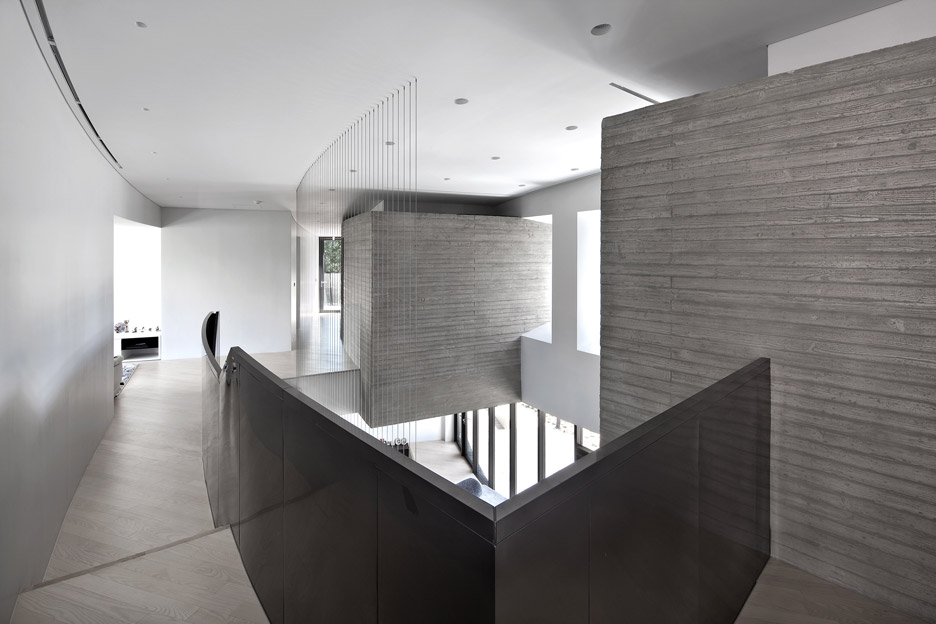 On the first of the two semi-underground levels, the architects added a small public gallery, which sits in front of numerous utility rooms.

“Ocean Gallery, which can be open to the public, will act as a beneficial cultural element in the dense commercial area,” said Lee. “Inside and outside spaces of the house are filled with views of nature and a recreation programme.” 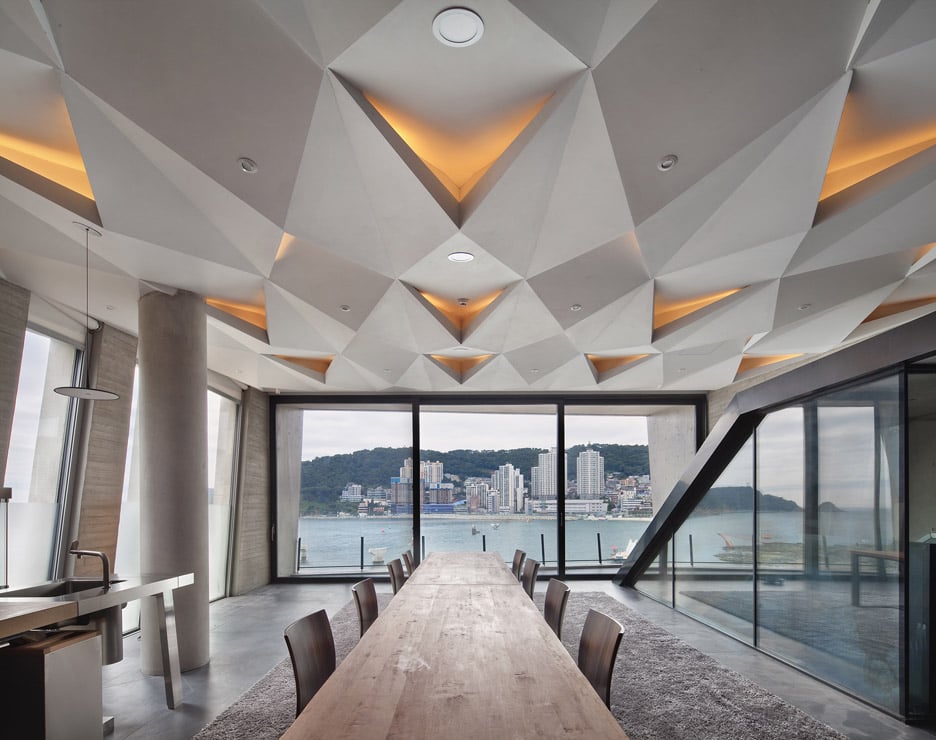 The lowest floor functions as a car park, with space for up to nine cars. It is accessed via a ramp.