Posted on November 14, 2016 by BayAreaRealEstate

Developed by Gala Asher, the 2-acre-plus property previously sold as a vacant lot two years ago for $13.2 million. It had been listed for $150 million.
Set on more than two acres, the newly built estate features a lounge, a hiking trail and plenty of room for party parking. (Simon Berlyn, Everett Fenton Gidley and Marc Angeles)
The more than 30,000-square-foot house is on a site where an estate once owned by Barbra Streisand once stood. Including several guesthouses, the property has 10 bedrooms and 20 bathrooms including a master suite measuring nearly twice the average U.S. home.The complex sale saw Gores trade a number of his own holdings as opposed to financing or making an all-cash purchase. He will retain a stake in the other properties in the event that they are developed or sold. 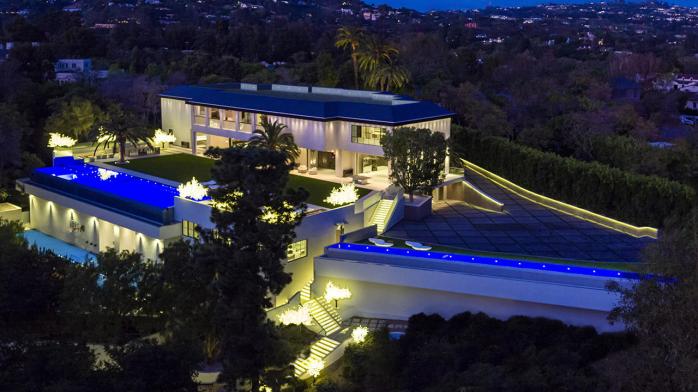