Posted on October 22, 2018 by BayAreaRealEstate 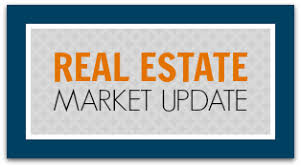 As in the second quarter, the median home price in the third quarter of 2018 increased year over year in every Northern California region in which Pacific Union operates. Appreciation ranged from 2.1 percent for San Francisco condominiums to 20.1 percent for single-family homes in Silicon Valley.

Below, Pacific Union Chief Economist Selma Hepp offers a brief synopsis of third-quarter real estate activity in each of Pacific Union’s regions. The accompanying links lead to the full report for each area, where you can access the latest regional and community-specific market data and statistics to help you make a better, more informed homebuying or selling decision.

Following a bustling first half of the year for the Contra Costa County housing market, the third quarter brought a rebalancing between buyers and sellers, with more homes for sale at all price points. However, with additional choices for buyers, fewer homes sold for full price, and fewer commanded premiums than in previous quarters. More options for buyers have relieved some of the bidding-war pressure, and there were fewer multiple offers in general.

Buyers have become more concerned with prices, and increased mortgage rates have caused some to pull out of the market altogether. As a result, some sellers reduced their initial prices, and homes took longer to sell. On the other hand, sales of higher-priced homes, those above $3 million, continued to increase above last year’s levels. Buyers of luxury homes remained competitive, resulting in a higher share of homes over $3 million that sold over the asking price compared with the same period last year.

Overall, the rebalancing between buyers and sellers suggests that market conditions are returning to their longer-term norms, allowing for a healthier market.

Looking Forward: As the market enters a traditionally slower season, buyers and sellers will take some time to readjust their expectations. Nevertheless, strong economic fundamentals will continue to fuel buyer demand, which will be helped by more inventory from which to choose.

East Bay housing market activity normalized in the third quarter, following robust growth in sales and home prices. However, while there were fewer overall sales, activity for homes priced above $1 million trended higher during the quarter. Strong sales activity was most notable for homes priced below $2 million.Buyers had fewer options, as the inventory of homes for sale dropped slightly compared with last year, although the supply of homes priced between $1 million and $2 million saw a notable increase. Even with a tight supply of homes for sale, buyers were less keen to enter into bidding wars, which resulted in fewer homes selling for more than asking price.

Sellers were more likely to reduce their initial asking prices — especially for homes priced below $1 million, but also for higher-priced properties. Overall, both buyers and sellers are readjusting their expectations after a period of heightened activity and strong buyer competition. Median home price growth also normalized from robust growth earlier in the year.

Looking Forward: Less competition may help encourage some East Bay buyers who were previously discouraged. Nevertheless, as the housing market enters a slower period of activity, both sellers and buyers will have an opportunity to readjust their expectations.

Third-quarter housing market activity in Marin County struck a new balance between buyers and sellers following a period of strong buyer competition and depleted inventories. Sales of homes priced below $1 million slowed notably, as budget-conscious buyers faced higher mortgage rates and a shortage of homes for sale. As a result, sellers were more likely to reduce their initial asking prices than at the same time last year.

Buyers of higher-priced homes were also less active, primarily for those priced between $2 million and $3 million. Buyers took longer to shop, leading homes to linger longer on the market than during the first half of 2018. But while buyers were more cautious, the share of homes that sold for more than asking price remained relatively steady.

Given the greater balance between buyers and sellers, home prices grew at a slower rate than they did earlier in the year, although the rate of appreciation was still solid.

Looking Forward: Cautious buyers coupled with higher mortgage rates and trepidation about macroeconomic conditions may depress home sales in the fourth quarter, typically a slower time of the year. The rest of 2018 and the beginning of 2019 should bring more normalized conditions to Marin County’s housing market.

Third-quarter home sales activity in the Mid-Peninsula slowed a bit compared with the same period last year, driven primarily by fewer sales of affordable homes, as well as well as those priced higher than $3 million. Homes priced between $1.5 million and $2.5 million remained in high demand.

The region has finally experienced some relief in inventory, with more homes on the market across all price ranges except below $1 million. But even with more homes to choose from, buyers remained competitive. About eight in 10 homes priced at less than $2 million sold for more than asking price, with an average premium of 11 percent. Buyer competition waned most for homes priced above $3 million, and sellers were more likely to reduce their initial asking prices in order to close a deal. Nevertheless, continued buyer enthusiasm helped push home prices higher.

Looking Forward: More inventory to choose from will help relieve some of the pressure in the most desirable price segments, although buyers may become more sensitive to mortgage-rate spikes. Continued strong economic conditions will help drive demand going forward. 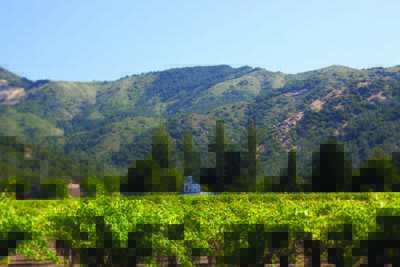 Following an outstanding second quarter, Napa County‘s housing market activity slowed some in the third quarter, especially in September, which was driven primarily by fewer sales of homes priced less than $1 million. Slowing sales in lower price ranges came amid more homes on the market, reflecting affordability constraints that many buyers have faced as both home prices and mortgage rates increased in recent months. As a result, more listings saw price reductions, and buyers were less willing to engage in bidding wars.

On the other hand, sales of homes priced higher than $1 million continued to trend above last year’s levels, and buyer competition in that price range generally increased. Nevertheless, buyers were cautious and generally searched for good deals, prompting some sellers to reduce their initial asking prices.

Due to continued demand and an increase in higher-priced sales, median home prices increased notably in September, and the annual growth rate once again outpaced most other Bay Area regions. Median price growth was the strongest for homes priced below $1 million.

Looking Forward: Napa County’s relative affordability will continue to fuel demand in the area, as will an influx of retiring baby boomers. More inventory of homes priced below $1 million should also help home sales activity.

While most Bay Area regions saw sales slow in the third quarter, activity in San Francisco was on par with last year, with continued increases in higher-priced sales. Buyers were finally presented with more options, as single-family home inventory rose compared with the same period last year.

Buyers of homes priced between $2 million and $3 million were more restrained than those in lower or higher price ranges. As a result, there were fewer bidding wars and more price reductions. By contrast, buyer demand for homes priced below $2 million remained steady, with eight in 10 homes selling for more than asking price, for an average 16 percent premium.

Condominium sales maintained strong momentum in the third quarter, and buyers continued to compete, leading to an increase in the share of units selling for more than asking price. Supply also improved compared with last year, giving buyers more choices. 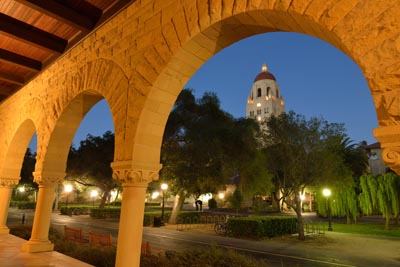 Housing market activity in Silicon Valley in the third quarter reflected a notable rebalancing between buyers and sellers, especially in September. Home sales slowed across all price ranges despite more inventory. However, while the number of homes on the market in Santa Clara County jumped in recent months, Silicon Valley saw relatively fewer homes available for sale compared with the same period last year.

Buyers generally took a pause in the third quarter and remained measured in bidding wars, demanding more price reductions, especially compared with the frenzied activity observed over the last year. As a result, homes took a bit longer to sell compared with the same period last year, leaving the market in about a month.

While slowing from an unsustainable rate of growth, the region’s median price continued to grow at a double-digit-percent rate. Overall, year to date, Silicon Valley has seen the most median price growth in the Bay Area.

Looking Forward: Rebalancing of seller and buyer expectations has led to more normal market conditions, which is a welcome development after an extended period of frenzy. Market activity will remain solid but more in line with normalized trends seen in prior years. 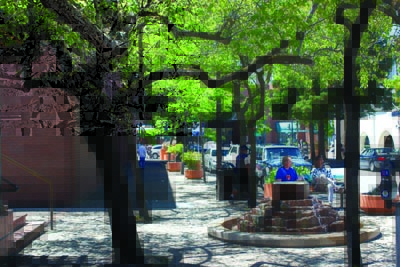 Sonoma County‘s housing market posted fewer sales in the third quarter compared with the same period last year. However, while the overall decline was driven by fewer sales of homes priced at less $1 million, higher-priced sales continued to trend up.

Following frenetic post-wildfire activity in the first two quarters of 2018 and rapid price escalation, buyer fatigue set in during the third quarter. Buyers across all price ranges became less willing to contend with multiple-offer situations, and fewer homes sold over the asking price compared with the same period last year.

Also, there was an increase in the number of homes for sale, especially in the sub-$1 million price range, which are now above third-quarter levels observed over the past three years. But while all price points showed an improvement in supply, buyers of homes priced above $2 million were more likely to absorb the available inventory than were buyers in lower price ranges. Strong median price growth seen earlier in the year settled back to levels recorded before the October 2017 wildfires.

Looking Forward: Rebalancing of buyer and seller expectations, along with improved inventory and less price escalation, will bode well for a more normalized market. Increasing mortgage rates, however, may discourage some buyers who will be priced out of the market. 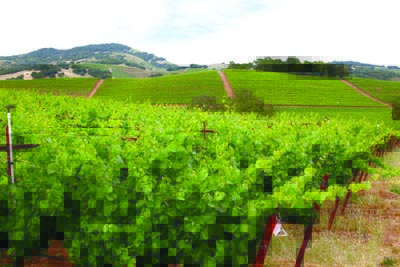 Still, pressure in lower price ranges stemmed from a continuous decline in inventory, which dropped by about 20 percent year over year. There were fewer homes on the market compared with last year across all price ranges.

As a result, buyers took a step back and engaged in fewer bidding wars, and the share of homes that sold for premiums fell notably compared with last year — across all price ranges. Sellers were also more likely to reduce their initial asking prices. All-cash purchases continue to play a significant role in the market, with almost four in 10 homes paid for in that manner, particularly higher-priced homes. Buyers in lower price ranges still relied on obtaining loans and were affected by higher mortgage rates.

Looking Forward: A rebalancing of market conditions and buyer and seller expectations will bring Sonoma Valley real estate to a more normalized long-term trend. Sales will be constrained by constantly falling inventory, although diminished buyer purchasing power will keep a lid on growing home prices.

Fewer homes for sale put pressure on prices, which increased by about 8 percent for both single-family homes and condominiums. Buyers remained enthusiastic, and homes sold at the same pace as last year. Sellers adjusted some expectations, and there were more price reductions, especially toward the end of the quarter. Price reductions may reflect some trepidation around the rapid increase in mortgage rates seen in September, which have cut in to some buyers’ purchasing power.

Looking Forward: Some of the buyer hesitation that slowed sales activity in the Bay Area in the third quarter may spill over to the Lake Tahoe/Truckee region in the fourth quarter.