Posted on April 19, 2019 by BayAreaRealEstate

According to my analysis of U.S. census data released yesterday – which estimates Bay Area populations by county as of July 1, 2018 – after 7 years of enormous population growth adding over 600,000 residents to the region, a small decline occurred in the year from 7/1/17 to 7/1/18. The decline itself is insignificant (and probably within the margin of error), and indeed if Sonoma and Napa Counties – which suffered terrible fires destroying thousands of housing units during the 1-year period – were removed from the analysis, the figures would show a small increase. The larger issue is the dramatic switch from a dynamic of extremely rapid growth, which has played such a substantial role in the Bay Area’s economy and housing markets.

The situation varied by county, with more affordable counties (Alameda, Contra Costa & Solano) within commuting range of the more expensive counties at the center of the high-tech boom (San Francisco, San Mateo & Santa Clara) continuing to grow. Alameda County saw the largest increase, and since mid-2018 has had the strongest real estate market in the Bay Area.

Though there have been recent changes in migration patterns into and out of the Bay Area, this data is the first that shows an overall decline in population, once both domestic and foreign migration figures, and natural increases (births) are included.

The census bureau designates all these numbers as estimates. Data is not available for the period since 7/1/18. I have created the  charts below as illustrations of the new data. 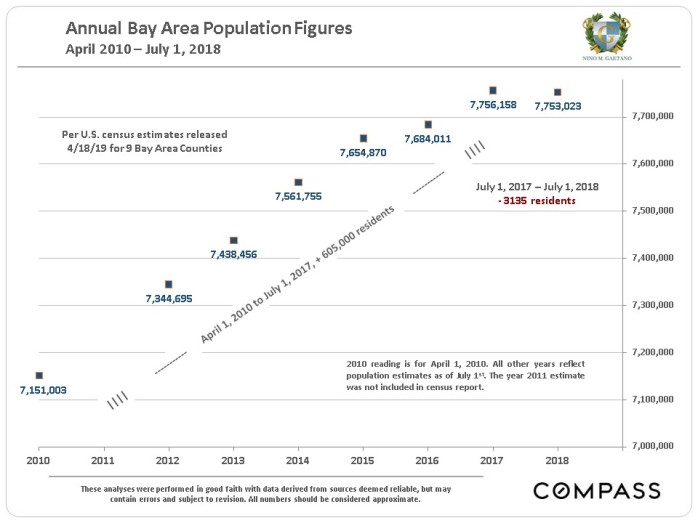 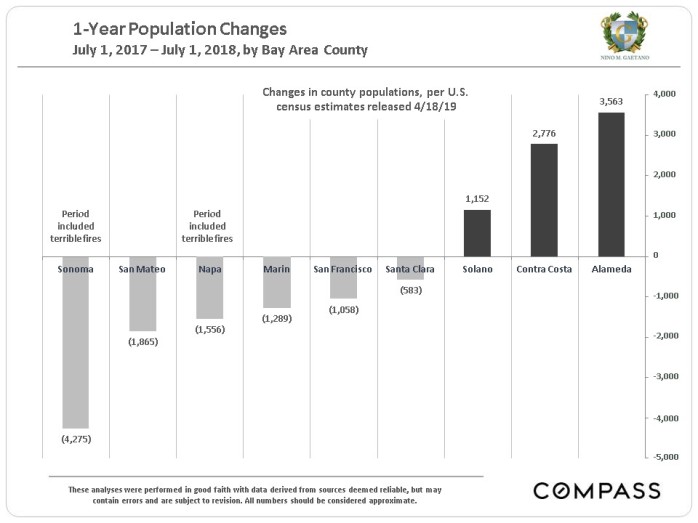 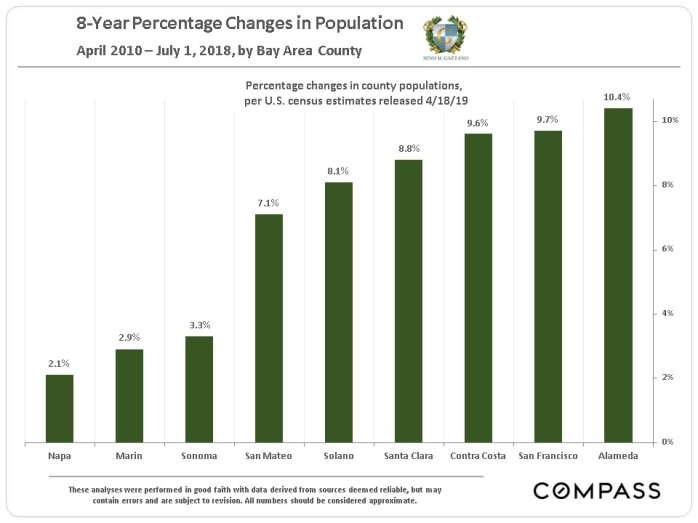 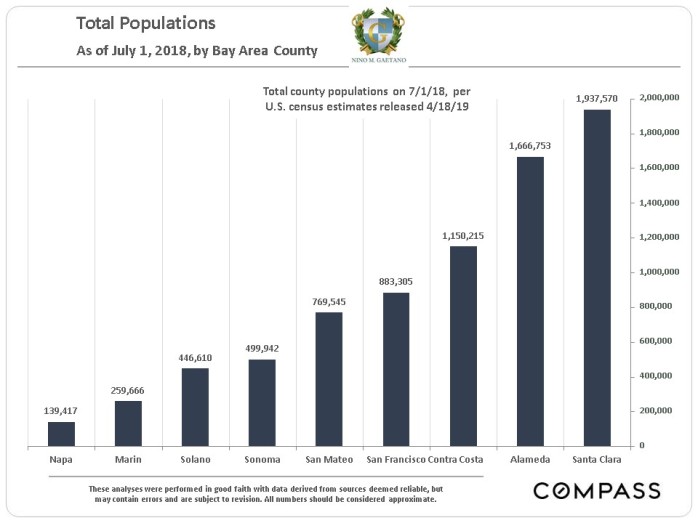 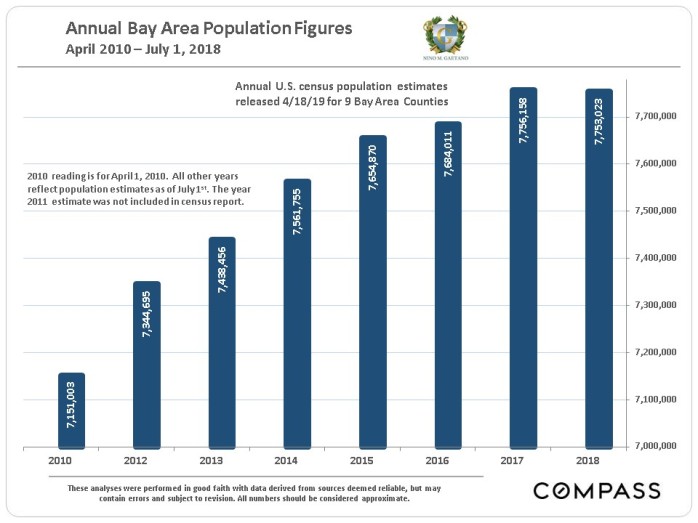 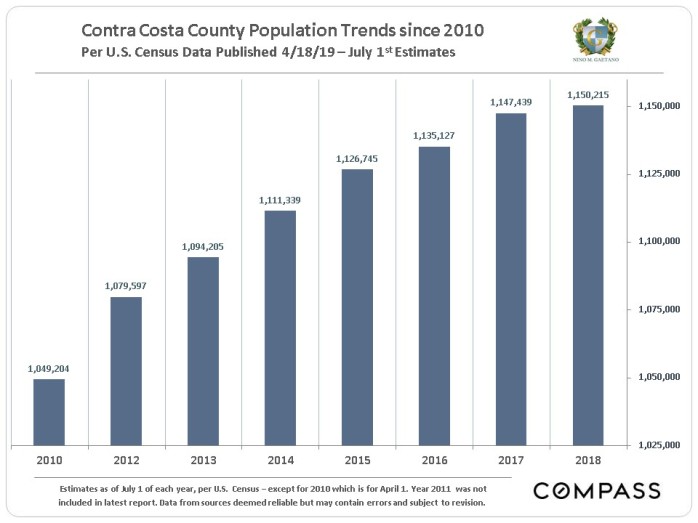 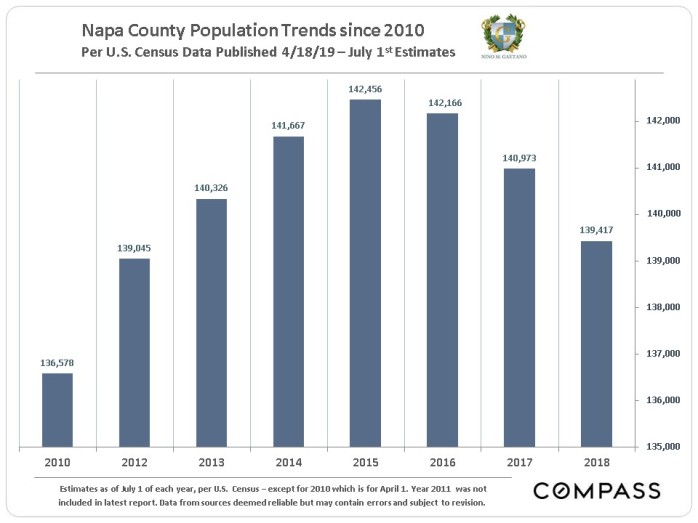 ← How to stop your iPhone from tracking your location, and manage each app’s location-tracking
Northern California Real Estate Quarterly Report: Q1 2019 →