Posted on December 13, 2019 by BayAreaRealEstate

One of the biggest homes in Hollywood Hills has sold for one of the largest sums in the neighborhood’s history. On Hillside Avenue, a newly built showplace has traded hands for a whopping $35.5 million, according to sources unauthorized to comment publicly on the sale.

The deal is the priciest Hollywood Hills has seen since 2012, when Malaysian businessman Jho Low dropped $38.98 million on a mammoth spec house in the Bird Streets. Federal officials later seized the property, claiming Low bought the home with embezzled funds, and the 13,000-square-foot mansion has since been put back on the market for a deeply discounted $24.5 million.

The Hillside spec mansion is even bigger than Low’s former mansion, clocking in at 20,000 square feet on a half-acre lot. The seller, real estate developer Jeff Thomas, first brought it to market for $43.9 million in August. 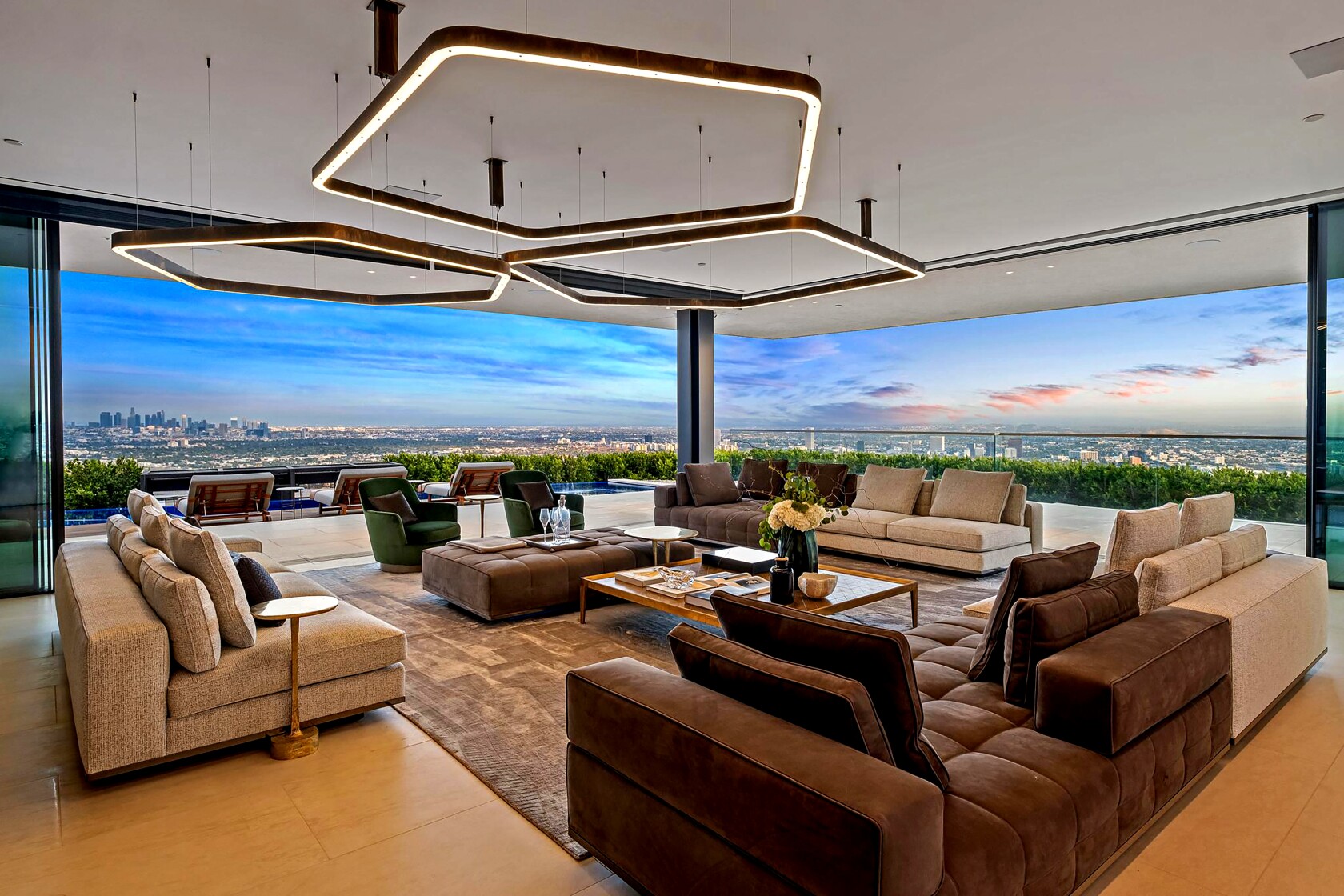 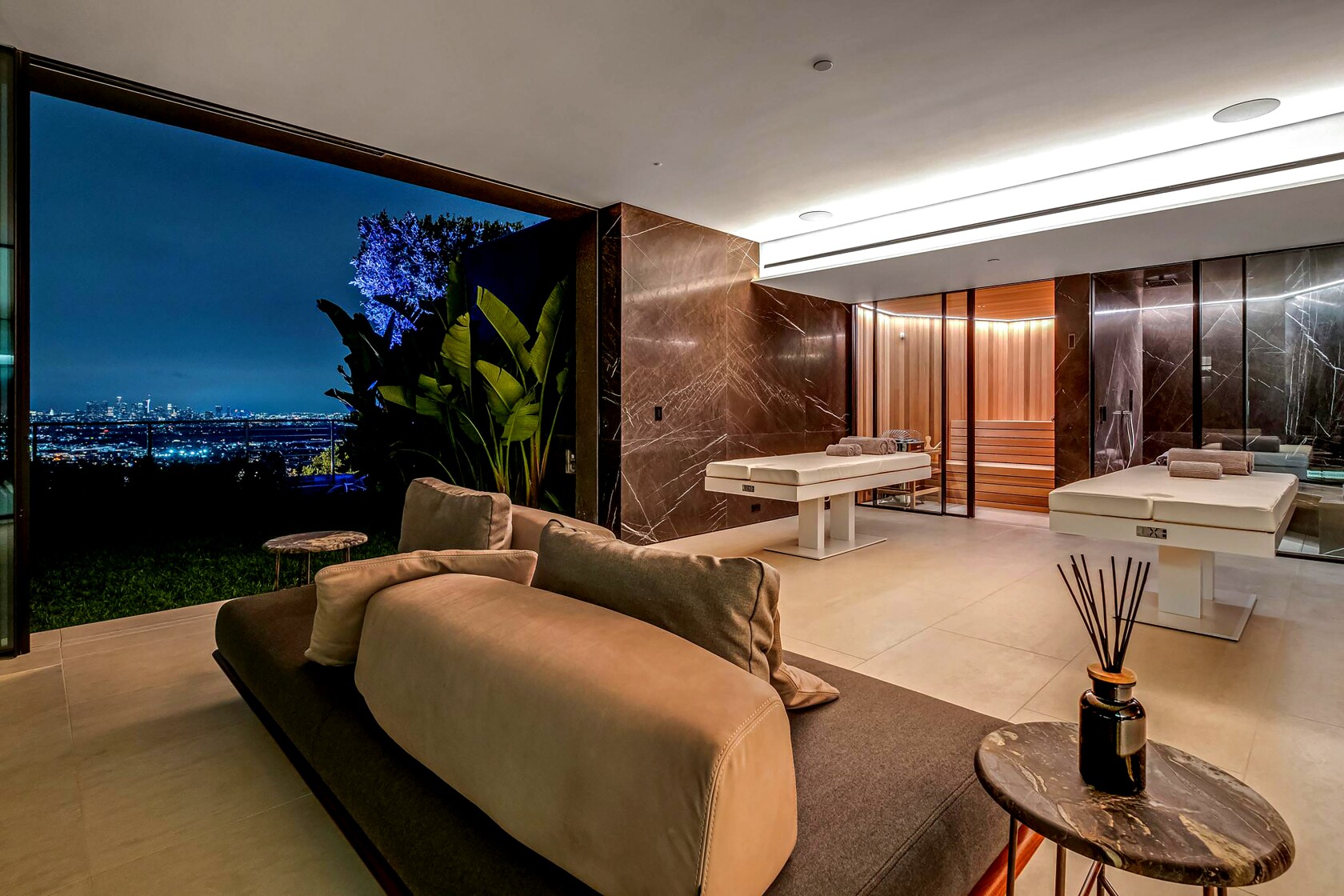 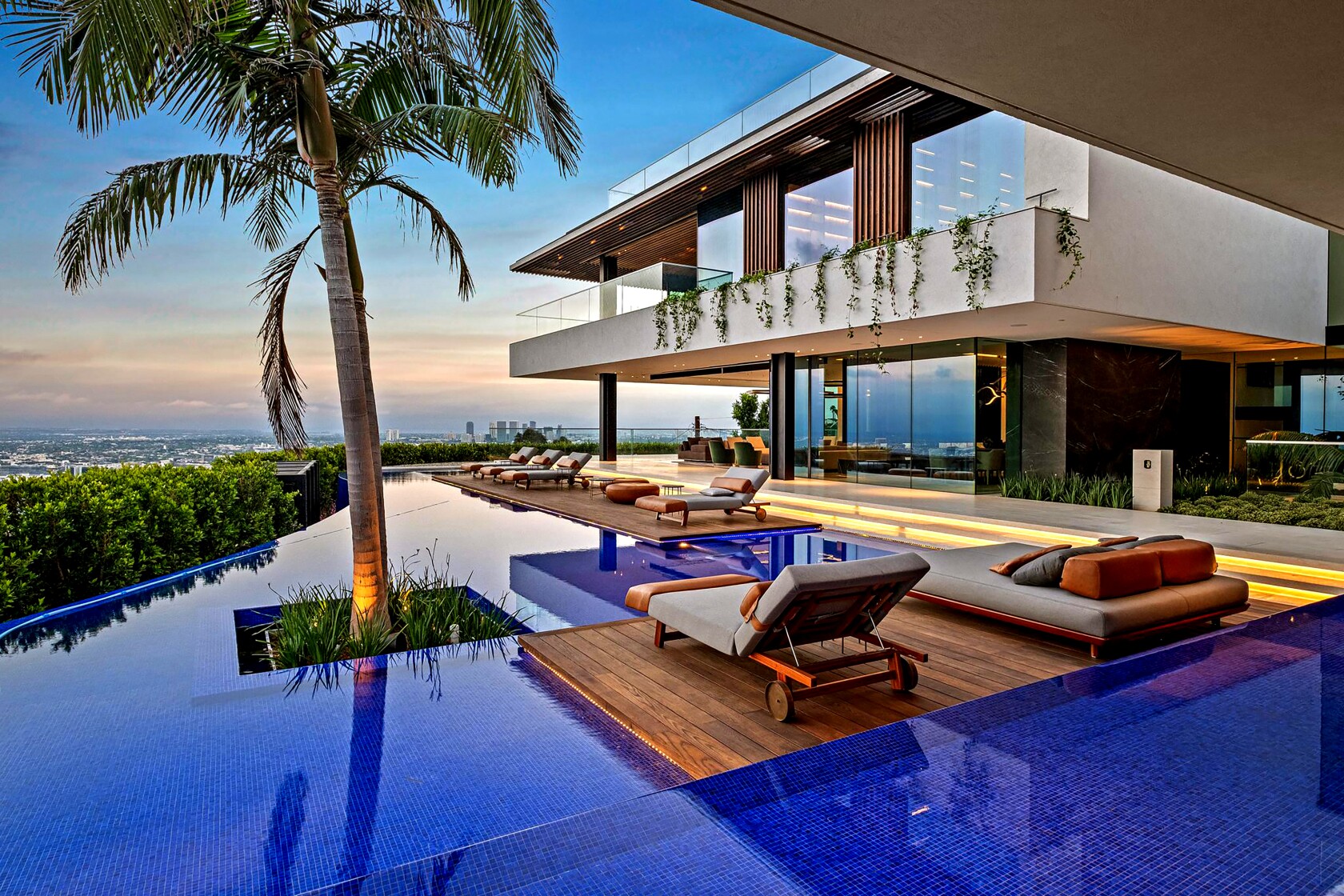 Spanning three stories, the ultra-modern home has luxury flourishes inside and out. Automated walls of glass open outside, where a 163-foot infinity pool culminates in a waterfall that cascades down to an atrium garden.

Inside, living spaces boast custom lighting fixtures and a sleek design palette of glass, tile, wood, and stone. There’s a massive indoor-outdoor living room, as well as a formal dining room, a chef’s kitchen and a spacious office. Other amenities include a wine cellar, movie theater, wet bar, glass elevator, car showroom and wellness spa complete with wet and dry saunas, hot and cold plunge pools and a massage room. Up top, a rooftop deck with a fire pit takes in sweeping city light views. Elsewhere are five bedrooms and nine bathrooms. The master suite alone spans 2,800 square feet and tacks on a wraparound terrace, outdoor hot tub and an oval-shaped tub that’s sunken into the bathroom floor. The dressing room was imported from Italy.