Posted on November 7, 2017 by BayAreaRealEstate 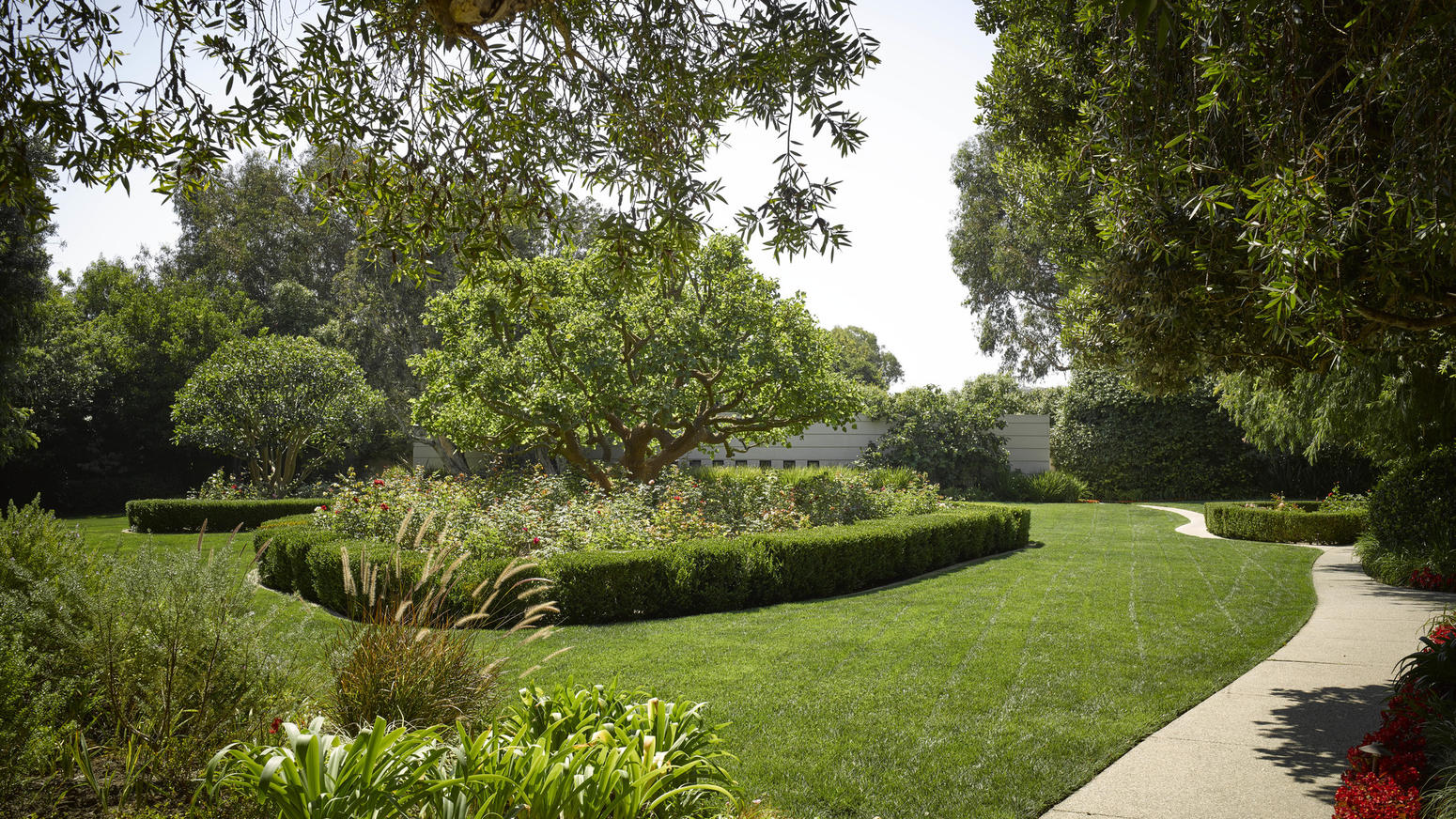 Fashion mogul and film producer Sidney Kimmel and his wife, Caroline, have listed the former Johnny Carson estate in Malibu for sale at $81.5 million.

The former “Tonight Show” host, who died in 2005 at 79, bought the Point Dume estate in 1984 for about $9.5 million, The Times previously reported, and owned the property for more than two decades. The Kimmels acquired the home and two adjacent parcels from Carson’s widow, Alexis, in 2007 for about $46 million, records show.

The estate, on a bluff of slightly more than four acres, centers on a modern showplace designed and built in 1978 by Malibu architect Ed Niles. Its 7,083 square feet include a living room with a copper-and-glass sunken fireplace, an updated kitchen, a media room and a wine cellar. A 30-foot-high glass ceiling filters natural light in the indoor arboretum.

The master suite spans the entire second floor and includes his and hers bathrooms, walk-in wardrobes and separate offices. There are two bedrooms and 4.5 bathrooms as well as a separate guesthouse. Outdoors, rock outcrops and ocean views form a backdrop for lush landscaping, waterfalls, a koi pond and a swimming pool. A sunken tennis court, given to Carson by NBC as a gift, features a bench from the grass courts of Wimbledon. Kimmel, 89, is the founder of Jones Apparel Group. As a film producer, his credits include “Moneyball” (2011), “The Place Beyond the Pines” (2012) and “Hell or High Water” (2016 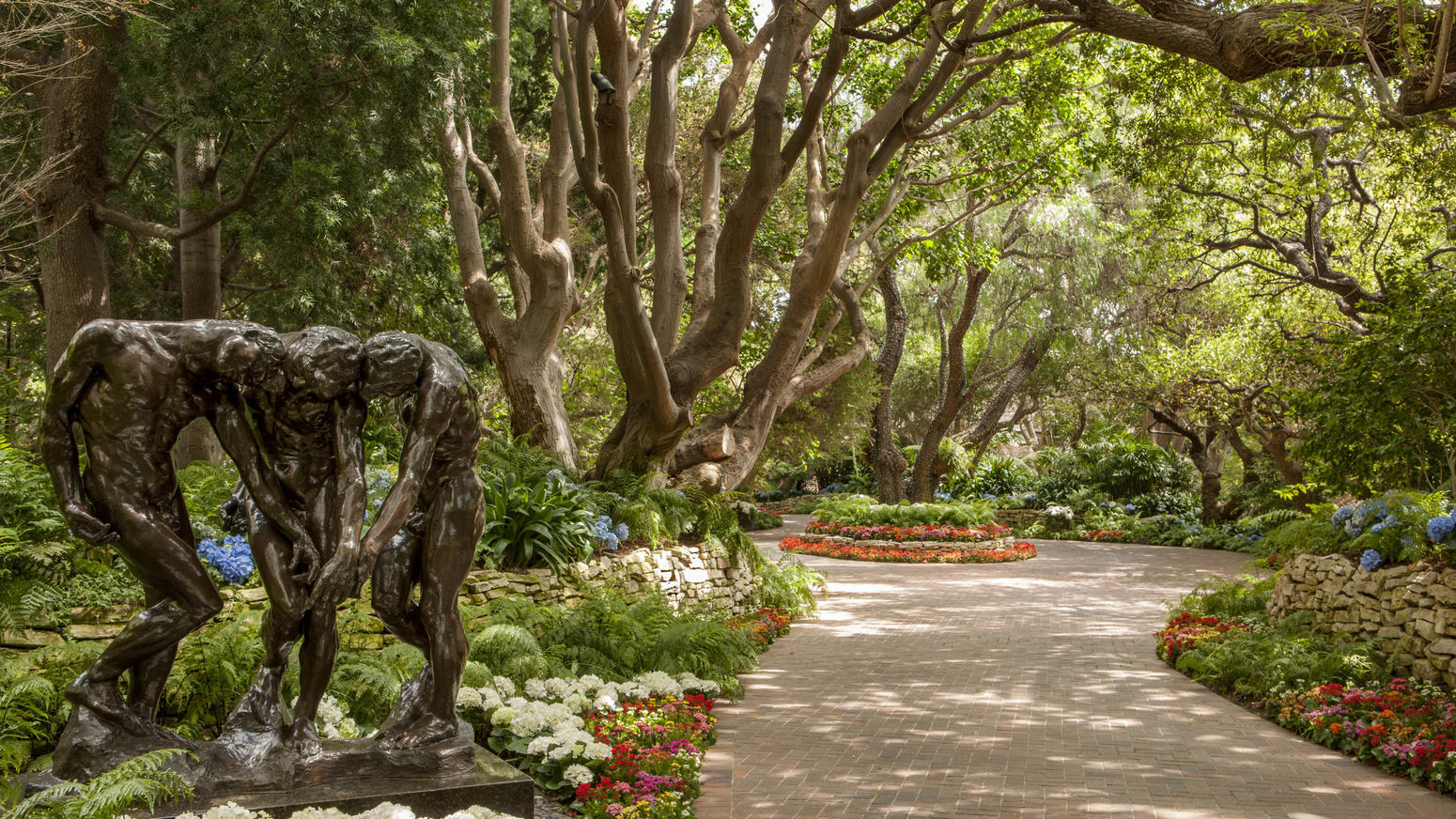 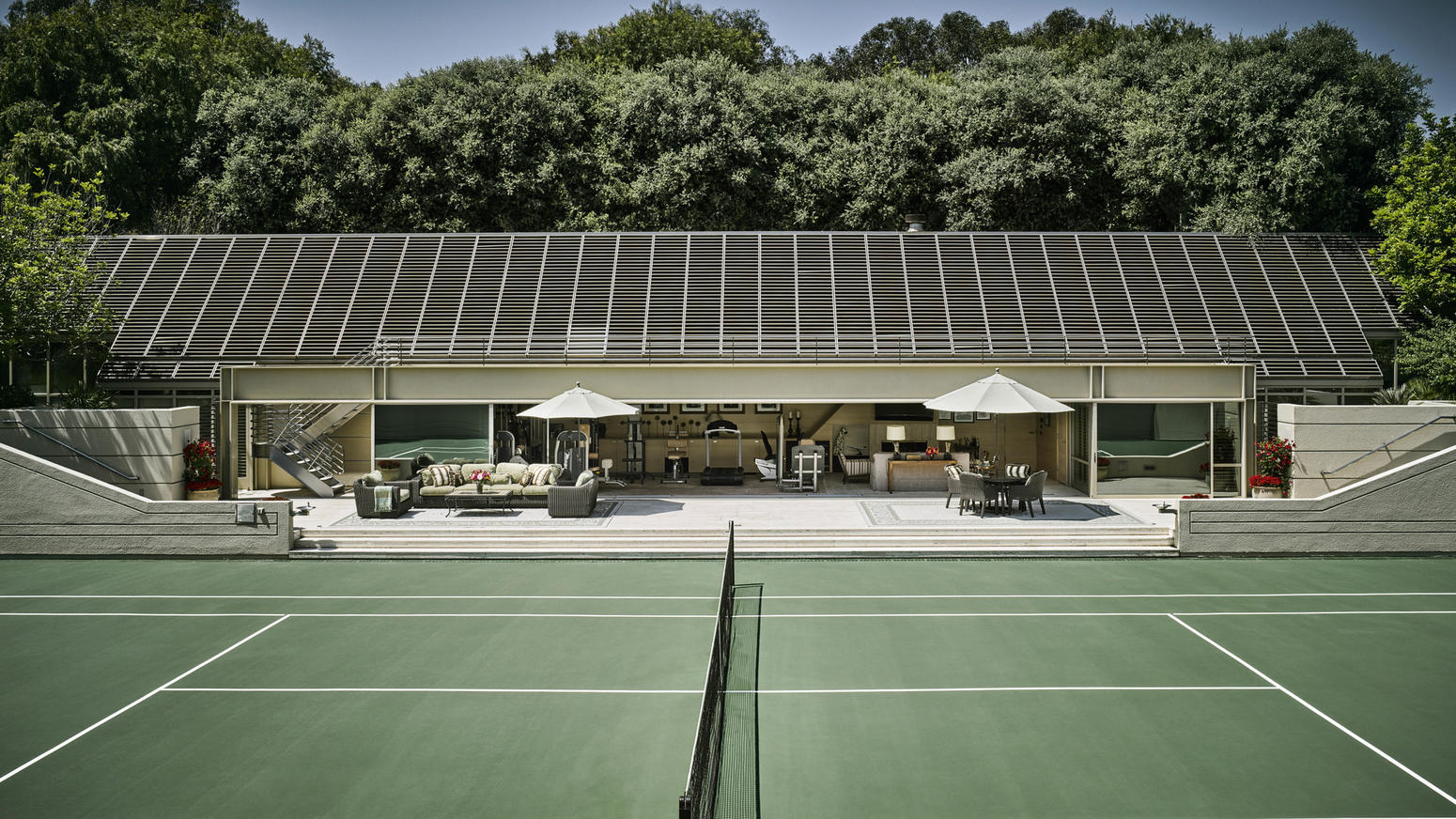 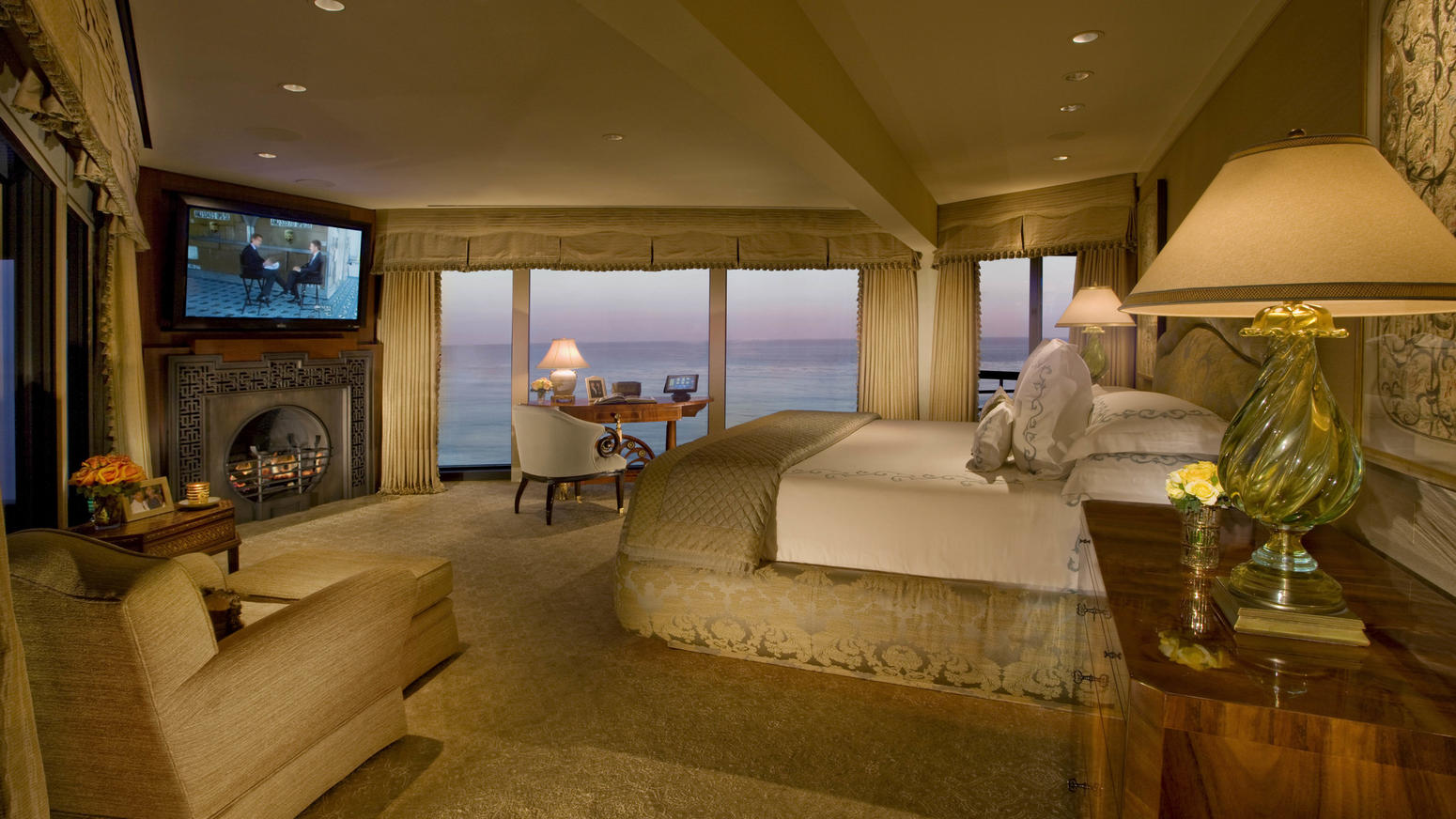